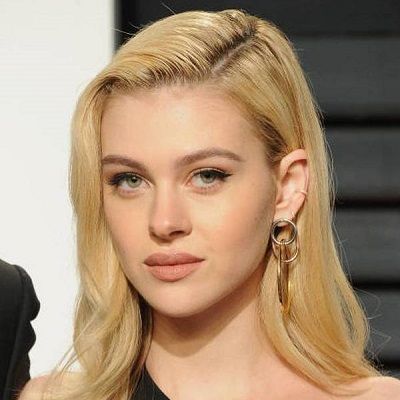 Currently, the actress, Nicola Peltz is in a relationship with the British actor and photographer, Brooklyn Beckham. They made their relationship official in January 2020 by uploading their pictures with adorable captions on Instagram.

Previously, she dated Anwar Hadid. Anwar is an actor and fashion model by profession. They started dating in 2017. However, they were separated in 2018.

Prior to that, she was rumored to be in a relationship with the Canadian singer, Justin Bieber.

Who is Nicola Peltz?

American Nicola Peltz is a CinemaCon Award-winning actress. Peltz is renowned as Tessa Yeager for the movie, Transformers: Age of Extinction.

Next, she will be appearing in Above the Line as a Princess.

Nicola Peltz was born Nicola Anne Peltz on the 9th of January 1995 in Westchester County, New York. Her father, Nelson Peltz is a billionaire businessman who is of Austrian- Russian ancestry. Her mother, Claudia Peltz-Heffner is a former model.

She is the sixth child among her seven siblings. Her brothers, Will Peltz is an actor and Brad is an ice hockey defenceman. She has two half-siblings from her father’s previous marriage.

– In 2006, she debuted in movie Deck the Halls as Mackenzie. In the family comedy, she shared the screen with the actor like Matthew Broderick, Danny DeVito, and Kristin Chenoweth.

– After her first film, she became very passionate about acting and hired an entertainment industry agent. Later, she appeared in the drama, Blackbird along with actors Alison Phil and Jeff Daniels. She was awarded the Laurence Olivier Award for the drama.

– In 2010, she featured the movie, The Last Airbender as Katara. The movie turned out to be the first milestone in her career. After, the movie, her performance as an actress was started to be recognized.

– Her movie, 2014- Transformers: Age of Extinction was released. In the movie, she played the character of Tessa Yeager, a high school graduated girl who is very matured than her age.

– From 2013 to 2015, she became a regular face of the Horror TV series, Bates Motel. Altogether, she appeared in 14 episodes in the series. However, she only guests appeared in the second part of the series.

She is also an investor for the refreshment brand, Snapple which has an estimated revenue of  $15.7m in a year.

She is a blue-eyed blonde. Her height is 5 feet and 5 inches and weighs around 55 kg.