Updated On December 27, 2022 | Published By: Gill
Share this
Single 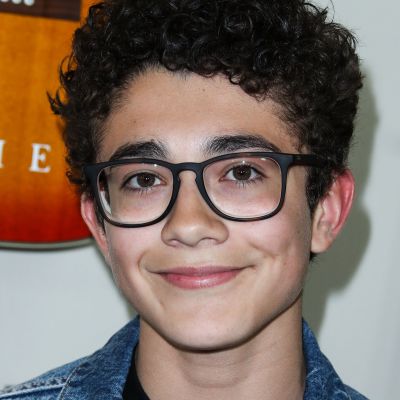 Who is Nicolas Bechtel dating?

The Young Actor is currently single and not dating anyone as none of the sources have confirmed his relationship.

If he updates anything about his love life we will update you as soon as possible.

Who is Nicolas Bechtel?

Nicolas Bechtel is an American actor who is best known for his portrayal of Spencer Cassadie on ABC’s General Hospital and the sitcom Stuck in the Middle.

His recent film role was in American Horror Stories role as Rory.

He has an older sister named Nicole. He is close with his Sister and often posts photos with her.

There is not any information about his schooling and university.

Bechtel made his first television debut in 2012 at the age of 7 on an episode of the NBC soap opera, Days of Our Lives in the role of Josh. He made his debut at General Hospital in the part of Spencer in 2013.

In 2014 he announced his cast in Fox’s Steven Spielberg comedic drama show Red Band Society. In the show, he played the younger version of Nolan Sotillos Jordi. The following year, 2015, he was cast in the Disney Pilot stuck in the middle, premiering later in 2016. Bechtel also appeared as Rob Kardashian in “American Crime Story”.

In 2020, on January 20 Bechtel reprised the role of Spencer for one episode which was the last episode of Bechtel on that show.

Nicolas was nominated for Daytime Emmy Award for Outstanding Younger Actor for his work in General Hospital in 2016.

He was also Nominated for Young Entertainer Award same Year.

Nicolas’s net worth is estimated at about $500k which he earned from his acting career. He has accused plenty of wealth at an early age.

The Young actor, Nicolas has successfully managed his personal and professional life and has not indulged in any serious rumors and controversies.

Nicolas’s height is 5 feet 8 inches tall and weighs around 56 kg.

In addition, he has a fair complexion, along with pair of Brown eyes and Black curly hair.