Nicolas Cage is an Academy award-winning actor. Nicolas is married for the fifth time to his wife, Riko Shibata.

Nicolas Cage is married to his girlfriend Riko Shibata on 16th February 2021. His wife Riko is 26 years old and she is 31 years younger than him.

According to Nicolas’ newly married wife Riko, their wedding was very small and intimate.

Who has Nicolas Cage dated in the past?

He had a short-lived affair with actress and singer, Elizabeth Daily, in 1982. He had a fling with actress Brooke Shields in December 1987. He was seen romancing with actress Ami Dolenz. He was in relation to Christina Fulton in 1988, he has one child, Weston Coppola Cage. Similarly, he dated actress Lisa Stothard for a couple of months from 1990 to 1991.

Then, he dated Sarah Jessica Parker in 1991, but they got separated. He dated an actress name, Maria Conchita in1991 but they decided to get separate.

He was in a relationship with an actress Kristen Zang started dating in October 1992. They were briefly engaged in 1993, before finally calling off their engagement in 1994. In April 1994, he commenced dating actress Patricia Arquette. They tied the knot in April 1995. But this relationship also saw an end in February 2000 after 5 years of marriage. The divorce was finalized in May 2001.

In August 2002, he dated an actress Lisa Marie Presley. They got married on August 10, 2002, and applied for divorce on November 25, 2002, just after 3½ months. The divorce was finalized on May 16, 2004. Divorce proceedings took more time than the marriage itself.

He dated Angelina Jolie but the relationship didn’t go well so they got separated. Lastly, in January 2004, he started dating a waitress named, Alice Kim. He met her in a Sushi bar where she was working as a waitress.

After dating her for a couple of months, the duo got married on July 30, 2004, in Northern California. The couple has one child together, a son Kal-El. However, they divorced in the year 2016.

Then in the year 2019, Cage exchanged vows with Erika Koike. However, they separated in the same year. 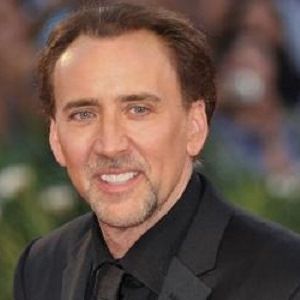 To be a good actor you have to be something like a criminal, to be willing to break the rules to strive for something new

Hollywood didn't know if I was an actor or a nut or if I was this crazy character I was playing. I had developed an image of being a little bit unusual, different and wild

Who is Nicolas Cage?

Likewise, he starred in a variety of films such as Valley Girl, Racing with the Moon, Birdy, Peggy Sue Got Married, Raising Arizona, Moonstruck, and Red Rock West.

Nicolas was born in Long Beach, California, the United States on January 7, 1964, to parents August Coppola and Joy Vogelsang, his father is a professor of literature. Whereas, his mother is a dancer and choreographer.

Whereas, he also appeared in the 1984 film, ‘Birdy’, for which he reportedly extracted two teeth in order to do justice to his role. From very early on, he became known for his passionate acting and his personality.  In 1986, he also starred in a comedy-drama film opposite Kathleen Turner titled, ‘Peggy Sue Got Married’.

In the same year, he also appeared in the movie, ‘Raising Arizona’. During 1990 he also proved to be an extremely busy year for Cage with him starring in four films; ‘Tempo di uccidere’, ‘Fire Birds’, ‘Wild At Heart’ and ‘Zandalee’.

Through the 1990s, he also appeared in a series of box-office hits including, ‘Honeymoon in Vegas’, ‘Guarding Tess’, ‘Kiss of Death’, ‘Leaving Las Vegas’, ‘The Rock, ‘Con Air’, ‘Face/Off’, as well as in ‘City of Angels’ and the paramedic production, ‘Bringing Out the Dead’.

During 2007 he also proved to be an extremely fruitful year for the actor with a series of successful releases including, ‘Ghost Rider’, ‘The Dresden Files’ and the sequel, ‘National Treasure: Book of Secrets’. In the same year, he also created a comic book titled, ‘Voodoo Child’. Besides that, he also starred in ‘The Bad Lieutenant: Port of Call’, released in 2009.

On talking about his lifetime achievements and awards, he won Oscar Awards for Best Actor in a Leading Role for Leaving Las Vegas (1995).

There is no information about his salary. His net worth is around $ 25 million.

There was a rumor that there are the real Nic Cage and the Nic Cage that exists on the web, a semi-mythic star of countless hilarious creepy Reddit threads.

On talking about his body measurements, Nicolas Cage has a height of 6 feet. Additionally, he weighs is 90Kg. In addition, his chest, waist, and biceps sizes are 45-35-15 inches respectively.

Nicolas’s hair color is dark brown and his eye color is blue.