Singer-presenter Nicole Appleton is a mother of two. 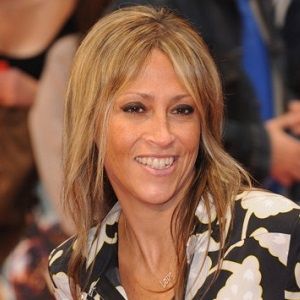 Nicole Appleton met Robbie Williams. They met on 7th December 1997 while filming Top of the Pops. Similarly, they began dating and engaged.

In an autobiography, she revealed that she aborted Williams’ baby after pressure from her record company.

Likewise, in the year 2000, she started a relationship with Liam Gallagher. He was the frontman of the group Oasis. Similarly, she gave birth to their son, Gene Gallagher in 2001.

So the couple married in London on the morning of 14 February 2008. In the year 2014, they divorced after the media revealed Liam was expecting a child with the journalist Liza Ghorbani.

Who is Nicole Appleton?

Nicole Appleton is an English-Canadian television presenter. She is a singer-songwriter and actress as well. Similarly, she is known as a member of All Saints and Appleton.

She is famous for her debut single “I Know Where It’s At” which reached number four on the UK Singles Chart.

Nicole Appleton was born on 7th December 1974 in Hamilton, Ontario, Canada. She is the daughter of British mother Mary and Canadian father Kenbut. As of 2021, she is 46 years old.

Similarly, her parents have four daughters among whom she is the youngest.

Her sister’s name is Lori, Lee, and Natalie Appleton. She lived in Toronto, New York City, and London. Her nationality and ethnicity are both Canadian-British.

Talking about her education, she joined Sylvia Young Theatre School to improve her acting and stage skills.

In the year 1996, Nicole Appleton and her sister Natalie became the third and fourth members of the group All Saints. The band was formed by Melanie Blatt and Shaznay Lewis. They released their first debut single “I Know Where It’s At” in 1997.

Similarly, their second single “Never Ever” was released in November 1997. The song sold over 1.2 million copies in the Uk.

Likewise, they released their debut album All Saints in November 1997 which reached number two in the UK. It was certified five times platinum by the BPI for sales of 1.5 million.

Similarly, she and her sister launched themselves with their first single Fantasy. It reached #2 in the UK Singles Chart.

Similarly, she hosted the TV show The Hot Desk. Likewise, she is also the host of Cover Me Canada. She was on The F Word, The X Factor, and The X Factor NZ.

Similarly, some of her films are Santa Claus: The Movie, Honest and Scream for Christmas.

The estimated net worth of Nicole is around $10 million. She has not revealed her salary and earnings.

There are no rumors and controversy about Nicole. She is busy focusing on her career.

Nicole Appleton has a height of 5 feet 6 inches and weighs around 56 kg. Her hair color is Blonde whereas she has dark brown eyes.

You may also like to read Ricci Guarnaccio, Edd China, and Paul McCartney.

Liam Gallagher to finally wed his long time girlfriend Debbie Gwyther! Find out about the past scandalous relationships of the singer and his relation with brother Noel!