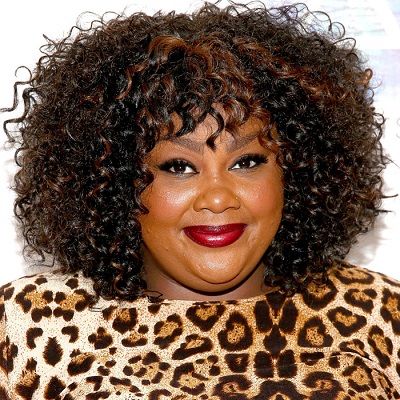 What is the relationship of Nicole Byer?

Nicole Byer doesn’t have any boyfriend till now. She is possibly single.

Who is Nicole Byer?

Nicole Byer is an American comedian, actress, show host, and writer. She has been hosting a show in a comedy Netflix show called Nailed IT. She gained her popularity from the prank show Lady Like.

However, she has a humorous series loosely based on her life streaming on Facebook. She also hosts a podcast called Why Won’t You Date Me. lately, she starred in the short-lived Fox sketch show Party Over.

Nicole Byer was born in the Lincroft section of Middletown Township, New Jersey on August 29, 1986. She is currently at the age of 35. Her father Trevor Byer was a scientist at AT&T  and her mother was Lille Byer.

They had two daughters in which she is the youngest. She has narrated Whoopi Goldberg, Tina Turner, and Mo’Nique as her early inspirations. She belongs to the

Byer completed her higher studies at Middletown High School South in 2004. She moved to New York City after completing high school. she took classes at the Upright Citizens Brigade before moving to Los Angeles in 2012.

Eventually, graduated from the American Musical and Dramatic Academy Certificate Program in Professional Performance after moving to Los Angeles.

Additionally, in 2014, she hosted the first season of MTV’s Are You the One? In the year 2016, she had reinforced roles on TV shows: MTV’s commentary show Girl Code; a hidden camera prank show Ladylike, and she was a regular on the Fox show Party Over Here.

Byer has guest-starred in different shows including BoJack Horseman, Transparent, and Bob’s Burgers. She played Lizette in season 5, episode 7 of the Freeform series Young & Hungry in 2017.

However, Nicole Byer has appeared as a guest judge on the third season of RuPaul’s Drag Race: All-Stars. And does different stand-up comedy tours and regularly performs improv with Upright Citizens Brigade in Los Angeles.

In 2018, she appeared in a Smirnoff ad campaign with actor Ted Danson. Byer was Nominated for Shorty Award for Best Comedian awards.

Nicole’s estimated net worth as of the year 2020 was approximate $500k as of 2022. Therefore, her primary source of income comes from a comedian which is not revealed.

However, she is one of the Richest Celebrities and Comedians.

According to BBC, the host show Nailed it! on Netflix had been accused of whitewashing. she was unhappy when fans pointed out images of two white men which were used as a thumbnail to promote the series

After the rumor, speaking to the executive the image was removed later.

Nicole Byer has a height of 5 ft 7 inches. Although, her weight is still not yet revealed. she has brown hair color with black eyes.

There is no information about her waist size, hip size, and bra size.

Who is Nicole Byers's roommate?

Who sings for Valentina in vivo?