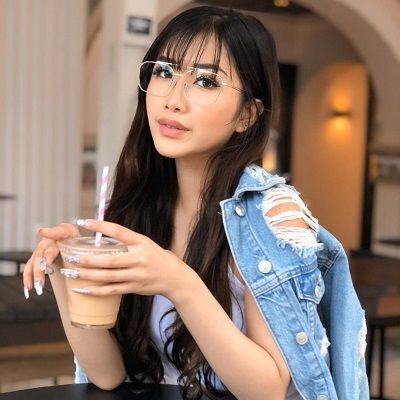 Previously, she was dating her fellow Youtuber, Ridhwan Azman. In 2015, they started dating each other. However, they ended their relationship officially in 2017 with a very bad note on the social media platform. At the very time, she claimed that the relationship was toxic and went through a psychologically and physically abusive phase.

Later, she was slammed by Ridhwan on social media platforms.

Who is Nicole Choo?

Singaporean Nicole Choo is a YouTuber and social media influencer. Choo is renowned for her beauty and fashion vlogs on her YouTube channel.

She is also an ambassador for Zalora. Last, in 2018, she published the book, Nineteen.

Nicole Choo was born Nicole Alexa Choo on the 29th of January 1999 in Singapore. She is of Korean-Chinese ancestry.

Her mother celebrates her birthday on the 26th of September. Choo is very close to her family, especially to her mother.

She attended St. Margaret’s Secondary School. During school days, she was active in gymnastics. Later, she completed a diploma in Early Childhood Studies from the Ngee Ann Polytechnic in Singapore.

During the time, she joined childcare centers as an intern.

On the 28th of February 2014, she created her self titled YouTube channel based on the lifestyle and beauty vlogs. Her beauty channel earned the attention of many viewers. Her beauty tips and tricks and an increasing number of fans followers turned her to be a successful YouTuber.

In 2017, she was nominated as the Top 15 YouTube Personality in the event organized by Gushcloud Pte Ltd. As a YouTube sensation, she had collaborated with brands like ShopBack, Uber, and Coca-Cola.

The YouTuber is not limited to YouTube only. She is the author of the book, Nineteen. The book was published under the publishing label, Bubbly Books based on his life experience and poems. The book was ranked at #7  on The Straits Times list of bestsellers. However, the book was criticized by her fellow YouTuber and internet user.

On the 12th of January 2018, she launched Nikki The Label, a false eyelashes store. Her debut series with 5 different lashes were out of stock within the 5 months.

The retail price of her book, Nineteen is $14.61 on Bubbly Books, which happens to be the publisher of the book.

Apart from that, she also earns through her business venture, Nikki The Label.

– In 2015, due to the online fight with her Ex-boyfriend, her collaboration with Ezbuy was temporarily suspended.

In 2016, she announced that she is pregnant with the Ridhwan’s child. At the time, she was only 17. Later, she cleared the air by stating that, the whole news was a social experiment.

She further explained that the experiment was necessary in order to show how people are being drawn to negativity and drama when they see it online.

She also has a self-titled YouTube channel with 55.8k subscribers and 11 million views.