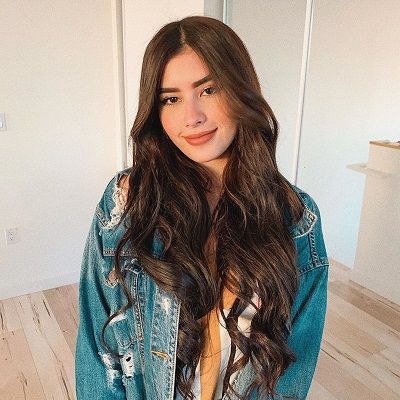 What is the relationship of Nicole Garcia?

They together run a YouTube couples channel named Fedecole. This channel has more than 900k subscribers.

Who is Nicole Garcia?

Nicole Garcia is a Venezuelan YouTube star and professional belly dancer. She is also a fashion blogger.

Nicole was born on Jan 09, 2002, in Canada. Her mother’s, father’s, and siblings’ identities are not disclosed.

Nicole owns a self-titled Youtube channel, Nicole García which is subscribed by more than 845k subscribers. The channel was started on 23 Feb 2016 and she posts pranks, challenges, reactions, comedy videos, and fashion vlogs on her channel.

Her first video was named WHISPER CHALLENGE con LA DIVAZA. Till now, it has gained more than 2.9 million views.

Her video titled Casi me llevan presa por robar has got over 147k views. This video was uploaded on Oct 24, 2019.

As per the sources, her estimated yearly earnings from her YouTube channel is between $468 – $7.5K US.

Nicole Garcia has black eyes and long black hair. Her height is 5 ft 6 inches and her weight is average.

Nicole Garcia’s Instagram has around 2 million followers and has posted over 684 posts. Her Facebook page is not created yet.

Her Twitter account was created in Jan 2011 and has over 187k followers. In it, she has tweeted for around 11.3k times.