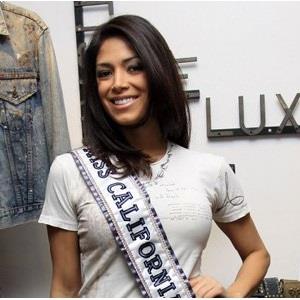 As mothers, we are building great cathedrals. We cannot be seen if we're doing it right. And one day, it is very possible that the world will marvel, not only at what we have built, but at the beauty that has been added to the world by the sacrifices of invisible women

Never judge a chicken by its skin.

Nicole Johnson’s relationship with Michael Phelps has experienced some rocky obstacles along the way. The couple started dating in 2007 but broke up after 4 years in 2011 and then again got back together in 2014. After several on and off steps in the relationship, they finally tied the knot on June 13, 2016.

The couple has a son together, Boomer. Boomer has been seen on Olympics broadcasts rocking noise-canceling headphones while his dad swims.

The marriage of this couple seems to be going strong as no news regarding any extramarital affairs or of divorce can be found at the moment.

Who is Nicole Johnson?

Nicole Johnson is an American model and beauty queen. She has crowned the Miss California USA in 2010 and also competed in the Miss USA pageant.

She is mostly known as Michael Phelps’s supportive wife.

Nicole was born in Colorado Springs, Colorado on July 4, 1985. She was born to Richard Johnson (a pharmaceutical sales manager), and Annette Johnson (a teacher). There is no information on her siblings. She spent most of her childhood in Westlake Village, California.

Nicole participated in the Miss California Teenager pageant at age 17 and had a mindset of using the prize money to finance her college education if she won the event. She was in the second place out of 304 contestants.

Initially, she chose to work in sports entertainment and worked as a production assistant for the ESPN ESPY Awards. Nicole won the Miss California Crown in 2010. She was placed within the top 10 in the Miss USA pageant.

She also worked for Mercedes Benz and for the restaurant loyalty program, MOGL, and was also a communications director for YP [Yellow Pages]. Her fame, however, saw a gradual growth after she was involved in a relationship with immensely successful athlete Michael Phelps.

She has since then been a wonderfully supportive wife of Phelps attending his every race where she cheers loudly from the stands.

Furthermore, she also worked for the local Casa Pacifica Centers for Children and Families, which helps children who have faced abuse and neglect. Now she serves as the volunteer marketing manager for the Michael Phelps Foundation, which provides swimming lessons to kids from underprivileged backgrounds.

Although the exact salary of this American beauty queen is not known, her net worth is estimated to be $ 4 million.

She has not been part of any notable controversies in her career and has been successful in maintaining a good public image.

Nicole has an average height of 5 feet 5inches. She weighs 55 kg. Additionally, she has a body measurement of 36-23-37 inches and dresses size of 6 (US). Her shoe size is 9 (US), her bra size is 34B. She has black hair color and dark brown eye color.