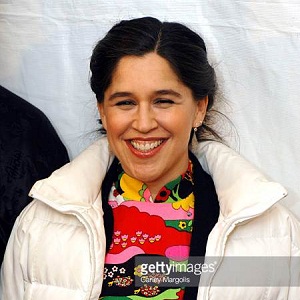 And as per the sources, she is blessed with two children. At present, she lives in New York City with her family.

Who is Nicole Kassell?

Nicole Kassell is an American director of film and television. She gained a bit of attention for her short film Jaime and  The Green Hour.

She was born in 1972 in Philadelphia, Pennsylvania, USA. She holds an ethnicity is Caucasian.

Her mother’s name and her father’s name was unknown. Moreover, the details of her siblings are also not disclosed.

She studied from the Tisch School of the Arts and New York University.

While studying, Nicole Kassell made a short film, Jaime, which later won the DGA student female filmmaker prize. Similarly, her film The Green Hour was so creative that it featured at the Sundance Film Festival in 2002.

After displaying such a talent, she directed her first feature film “The Woodsman“. Her work earned her first prize at the 2002 Slamdance Screenplay Competition.

Moreover, her talent as a director led her to be nominated for a Gotham Award as a Breakthrough Director and Best First Feature in Independent Spirit Award. She has directed TV series such as The Killing, The Americans, The Following & Rectify.

This director is not surrounded by any controversies. she neither is suffering from rumors.

The average salary which a director earns is around $92k per year.

She has an average height and body weight.

Nicole Kassell is active on social media. She does not have any accounts on Facebook.