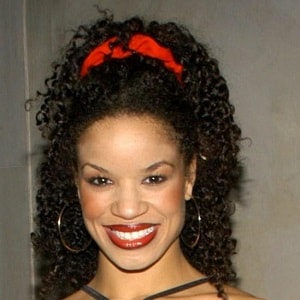 Nicole Leach is currently living her single life. She seems to be so secretive and likes to keep her profile low. Also, there is no any rumors heard about her current relationship. She might be busy in her career and might be searching for the perfect one.

Who is Nicole Leach?

Nicole Leach is an American actress, jazz singer, dancer, and activist who is well known for her appearance in ‘Shining Time Station’, ‘The Babysitters Club’, ‘The Vernon Johns Story’, and  ‘Summertime Switch’.

She was born on May 10, 1979, in Livingston, New Jersey, USA. She is currently 39 years old. Nicole grew up in West Orange and Montclair, NJ. The multi-talented actress has not disclosed information regarding her parents, siblings, and childhood.

Leach holds American citizenship but her ethnicity is unknown.

She attended Montclair High School and graduated early after three-year. After that, she went to Brown University where she studied anthropology. During her high school time, she participated in a musical to benefit the fight against HIV/AIDS.

After graduation, she stepped in the film industry and appeared in several television roles in her early career which includes in ‘The Cosby Show’ from 1990 to 1992 and ‘Clarissa Explains It All’ in 1993. She also appeared as Jessica Ramsey in ‘The Baby-Sitters Club’ from 1990 to 1993. Her other on and off-Broadway appearances include as ‘Dangerous Games’, ‘Miracele Brothers’, and Limonade Tours le Jours’.

She made her appearance of the new Josephine Baker in the musical ‘A la recherché de Josephine’ and toured in Paris and touring Europe and the US from 2006 to 2010.

She has been touring internationally with different groups across the world and she is currently releasing her new project named ‘Modern GEAlsha’.

The beautiful actress has not been so successful in collecting awards and nominations in her name in her career.

Talking about her net worth, salary, and income, she has not disclosed any data, however, it is under review.

She was arrested and charged with disorderly conduct for protesting comedian Bill Cosby. She appeared topless outside a Norristown, Pennsylvania courthouse during which a sexual assault trial against Cosby was being held.

Nicole has got black hair and black eyes. Other information regarding Nicole’s height, weight, body measurement, etc. are unknown.