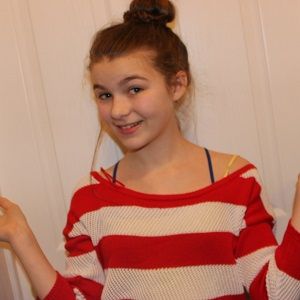 Nicole Luellen is currently single. Furthermore, she has not been in any relationship to date.

Although, she has been posting various photos along with a couple of boys. However, she has not disclosed the news.

In addition, she has never been involved in any affairs to date. Currently, she is so young and fully focused on her career. As per the reports, Nicole is currently single and living beautifully.

Who is Nicole Luellen?

Nicole Luellen is an American YouTube star. She rose to prominence as she appeared on the popular YouTube channel SevenSuperGirls.

Furthermore, she is also an Instagram star who has earned more than 151k followers on Instagram. Additionally, she also runs a self-titled YouTube channel which has crossed over 191k subscribers.

Luellen was born on August 23, 2000, in Cleveland, Ohio, United States of America. Her father and mother’s names are not disclosed.

Moving towards her nationality, she is American and her ethnicity is unknown. She has three sisters Hope Sarah-Marie, Maddy, and Grace.

As a child, she developed her interest in acting. Concerning her education, currently, she is running her high school.

Nicole began her career as a YouTuber. She got huge recognition after starring on the popular YouTube channel SevenSuperGirls. Furthermore, she also appeared on the SevenPerfectAngels and SevenCoolTweens YouTube channels.

As of now, SevenSuperGirls has almost 8 million subscribers and its videos have surpassed billions of views. Moreover, she is also an Instagram account on which she has more than 151k followers.

Currently, she appeared along with Jazzy Anne, Katherine SSG, and Jenna Arend in the hit YouTube channel SevenSuperGirls.

At such a young age, Nicole has a total focus on her work rather than stuck in any controversy.

Furthermore, she also runs a YouTube channel on which she has earned over 191k subscribers.

To know more about Mark Valley, Angela Rippon, and Shane Smith, please click on the link.