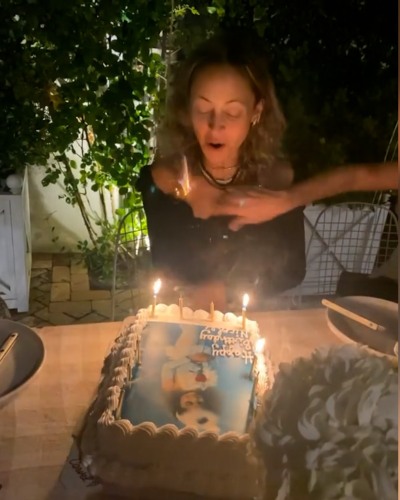 Nicole Richie turned 40 but nearly lost her hair! She celebrated her 40th birthday on 21st September 2021. While she was blowing the birthday candles, her hair caught fire. She shared the video of the incident on her Instagram and wrote,

Richie was celebrating her outdoor party surrounded by family and friends. She leaned over to blow out the candles off her birthday cake when she watched the fire. Her guests helped her to put out the fire.

On 11th January 2008, she gave birth to a daughter Harlow Winter Kate Madden and on 9th September 2009, she welcomed son Sparrow James Midnight Madden. Their married life has been going great as of now.

How much is the net worth of Nicole Richie?

Nicole Richie has a net worth of $40 million as per Celebrity Net Worth. In 2015, she and her husband Joel Madden bought a property in the Beverly Crest neighborhood of the Santa Monica Mountains for $6.7 million. The property features 5,515 square feet of living space, a two-car garage, and a swimming pool.

Likewise, in September 2021, they bought a $10.2 million home in the previous neighborhood. As a model, Nicole has been featured in various magazines like Harper’s Bazaar, Seventeen, Lucky, Marie Claire, Nylon, Teen Vogue, and more. Her film work includes Bless This Mess, Great News, Kids in America, Rock Me Baby, and more.

Nicole Richie is an American actress, fashion designer, author, and television personality. People mostly recognize her for her role in the Fox reality television series, The Simple Life.

Additionally, she also appeared as one of the three mentors on NBC’s Fashion Star. Read more bio…