Model Nicole Trunfio is married and a mother of two. 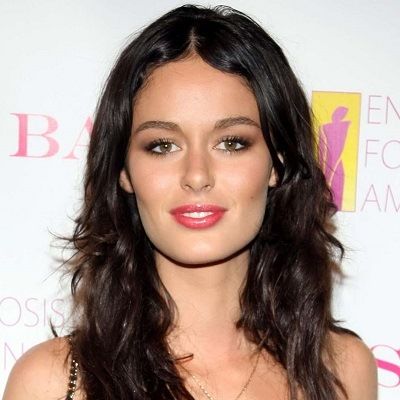 My mentors in life are much older than me and have been through life. They can actually give me some sound advice on what I'm going through.

My big break was when I won 'Search for a Supermodel Australia,' and then I came second in the world series, and that was all good, but I was just having fun

it wasn't real to me

I like pieces that are cool and simple. I try to wear really cute things, but they just don't suit me at all.

Nicole started dating Gary Clark Jr. in June 2012. After dating for 4 years, they got married in 2016. Nicole and Gary have two children together, son Zion Clark born in 2015, and daughter Gia ‘Gigi’ Leblane Clark born in January 2018.

Nicole revealed she and her gorgeous family have touched down for a well-deserved babymoon ahead of the birth – in a top-secret location.

Previously, Nicole dated Ryan Leslie, an American record producer. Nicole and Ryan separated in 2010. Ryan also wrote a song about her after the break-up “Joan of Arc” released in 2011.

Who is Nicole Trunfio?

Nicole Trunfio is an Australian model. Nicole is also a fashion designer and CEO of ERTH jewelry.

She won the Australian version of the TV show Search for a Supermodel, but came second in the International version of this TV show.

Nicole Trunfio was born on March 16, in the year 1986, in Merredin, Western Australia. She is a Pisces.

Her father is Giuseppe Trunfio and her mother Kim Trunfio, of Italian- English ancestry.

Nicole’s maternal grandparents are Ross Poulton and Jessie. She has three siblings.

She had studied acting in New York City for 3 years and had also attended the National Institute of Dramatic Art, in Kensington, Australia.

Her debut fashion show was Melbourne Fashion Week Spring/ Summer 2003 in which she modeled for Akira, David Jones, and Wayne Cooper.

She has been featured in the 2009 Australian drama movie Two Fists, One Heart and played the role of Italian temptress Jessica.

Nicole Trufio is the founder of ERTH since 2016. The supermodel has developed a solid 14k gold line that is wearable every day and accessible to women all over the world.

It is a favorite of other supermodels such as Gigi Hadid, Adriana Lima, Padma Lakhsmi, Chanel Iman, Kendall Jenner, and more.

Nicole won the Australian version of the TV show Search for a Supermodel, but came second in the International version of this TV show.

Nicole Trunfio and her husband Gary Clark Jr have bought a large ranch in Texas. The double-story home has four bedrooms, three bathrooms, a study, a formal dining room, and a games area.

Inside, the stone house features timber beams, wooden cabinetry, granite surfaces, and a large country kitchen with a breakfast bar.