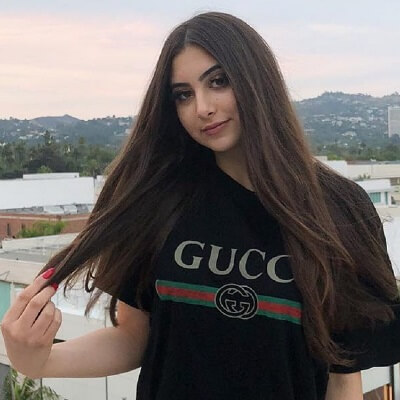 Nicolette Gray is currently single. There are no official records of her dating anyone. She has not dated anyone publicly so far. The vlogger was, however, rumored to be dating another social media star, Bradlee Wannemacher. However, both of them never confirmed this news.

Who is Nicolette Gray?

Nicolette Gray is an American YouTuber and a social media personality. She describes herself as a ‘Beverly Hills Brat‘. Her self-titled YouTube channel has around 1.3 million subscribers. Her mother provides her a monthly allowance of $5000.

Gray’s YouTube channel contains videos of her showing off her expensive clothes, shoes, house, and other properties.

Nicolette Gray was born on April 15, 2002, in the United States of America. As of 2020, her age is 17. She was born as the daughter of Nina Gray. Her mother, Nina is a doctor. She has not revealed much about her father.

Her parents divorced when she was a kid and she revealed in a Q&A video she posted on Youtube that she has been living with her mom since she was fourteen. Also, she has one sister named Blair.

Talking about her education, she went to Alverno Heights Academy.

Nicolette Gray started her YouTube career by launching her self-titled channel on Jul 13, 2016. She calls herself the Beverly Hills Brat. She is not afraid to show that she lives a life that other kids dream of. Gray frequently shows her expensive cars, beauty products, expensive clothes, shoes, and more on her videos.

Gray has made appearances on UK’s This Morning and Dr. Phil.

Nicolette Gray has an estimated net worth of around $2 million. In addition to this, she has an annual salary in the region of $70k from YouTube. Her mother gives her an allowance of around $5000 per month and also provides her a personal trainer, driver, nanny, etc.

She owns a custom-designed Mercedes-Benz G-Wagon worth around $150,000.

There are no rumors about her. She is criticized by people for showing off her mother’s wealth on YouTube. Some people hate the fact that she is famous just because her parents are rich and she shows off the goods her parents buy her. However, Nicolette is very positive and does not care much about critics. She is focused on her career as a YouTuber and her channel has been growing over the years.

She appeared in an episode of Dr. Phil and criticized her mother for cutting her allowances to $100 a month. This behavior seemed arrogant to her own fans, too.

Gray stands at a height of around 5 feet 1 inch. She weighs around 50 kg and has an attractive body measurement of 35-27-34. Her shoe size is 6(US). She has blonde hair and brown eyes.

You may also like to read the Age, Bio, Body Measurements, Social Media, Net Worth, Relationship, Career, and more about Jackson Mecham, Sam Tabor, Rachel Fong, and more.