Mostly know her as the girlfriend of CEO and founder of Oracle, Larry Ellison. Additionally, Kahn appeared in the 2011’s ‘Catch .44.’ 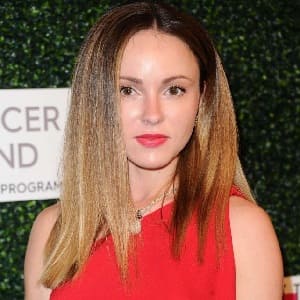 Nikita Kahn is currently in a relationship with billionaire Larry Ellison. Larry is an American businessman, entrepreneur, and philanthropist who serves as the co-founder and the executive chairman and chief technology officer of Oracle Corporation. The pair has been together for some time now however, there is no news regarding their possible future wedding at present.

Who is Nikita Kahn?

Nikita Kahn is an American actress and businesswoman. People mostly know her as the girlfriend of CEO and founder of Oracle, Larry Ellison. Additionally, Kahn appeared in the 2011’s ‘Catch .44.’

Kahn was born in the Soviet Union as Iryna Osipova. As a child, she was interested in the world of gymnastics and ballet dancing. Nikita began learning the ballet dancing since an early age of nine. She is of American nationality. Furthermore, there are no details available about her ethnic background at present.

Kahn appeared in the 2011 thriller, ‘Catch .44’ as Mel’s Girlfriend. However, she was uncredited for her appearance. Additionally, Nikita also worked as an executive producer in the Documentary, ‘The Last Animals’ which was released in 2017. Apart from her work in show business, Kahn is a Peninsula Huma Society and SPCA Board member. She is an avid animal rights advocate. In addition, over the years, Kahn has developed a keen interest in the world of real state.

Kahn also has her own lifestyle blog/website. Currently, she is widely recognized as the girlfriend of billionaire Larry Ellison.

Kahn has not revealed her current salary. Furthermore, there are no details available about her estimated net worth at present.

Since she has kept most of her personal information away from the media spotlight, Kahn has not been part of any notable controversies to date. Furthermore, at present, there are no rumors concerning her life and career.

Talking about her body measurement, Kahn has a height of 5 feet 6 inches (1.67 m). Additionally, she weighs around 50 kg. She has a body measurement of 34-26-35 inches. Furthermore, her hair color is blonde and her eye color is hazel.