They met each other in Aug 2016 and frim their the attraction grew. His girlfriend is a dancer plus ambassador of a clothing brand @atelier_gaby. 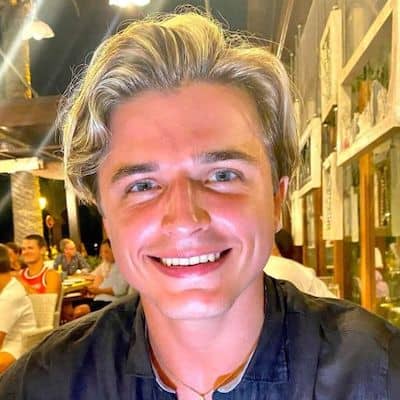 Who is Nikita Kuzmin?

He joined and won competitions like “WDSF DanceComp” and “German Closed.”

His birthdate is 23 Dec 1997 and he was born in Kyiv, Ukraine. The name of his mother and his father’s identity is not stated.

Further, Nikita’s ancestry is Ukrainian, and has a sister. As per his academics, he must have gone to college.

Nikita Kuzmin from an early age only started to train in dancing. As of now, he is one of the best dancers who participated in several competitions. He competed in the 13th part of Let’s Dance with Sabrine Setlur in 2020.

He was also seen participating in Strictly Come Dancing S19 with TV personality/chef Tilly Ramsay. Their dancing skills on every episode were appreciated.

Unfortunately, this duo was eliminated and became the 9th participant to leave the show. The season was won by actress Rose Ayling-Ellis along with dancer Giovanni Pernice.

By the 2021’s records, he has an estimated net worth of $100k. However, his per-year salary is not yet revealed.

This talented dancer is keeping himself away from scandals as well as rumors.

Nikita Kuzmin’s height and body weight are of average shape. Adding more, he has light brown hair and has eyes in blue color.

Nikita is officially present on social sites such as Instagram and Facebook with over 109k and 1.2k followers respectively.