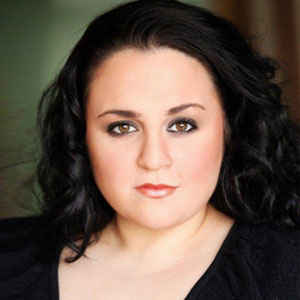 “I pray that there will be more roles for bigger girls. I pray that the role of the love interest, the beautiful, sexy girl, will be played by a plus-size woman.”

Nikki Blonsky is currently single. She has not been linked with anyone currently. She might be looking for someone who understands her and will be the perfect one for her. Also, she is also busy in her career and might not have got enough time to be in a relationship.

Who is Nikki Blonsky?

Nikki Blonsky is an American actress, dancer, and singer. The actress is best known for her roles as Tracy Turnblad in the film ‘Hairspray’  and as Maggie Baker in the film ‘Queen Sized’. Also, she is famous for her work in ‘Geography Club’ in 2013 and in ‘This Is 40’ in 2012.

She was born on November 9, 1988, in Great Neck, New York, USA. Her birth name is Nicole Margaret Blonsky and she is currently 30 years old. Also, she has got a nickname, Nikki. Her mother’s name is Karen Blonsky and father’s name is Carl Blonsky.

She had a desire to play the role of Tracy Turnblad after she saw Hairspray on Broadway on her 15th birthday.

Nikki has a dog named Rocky. She holds American citizenship and her ethnicity is a mix of Ashkenazi Jewish, Czech, and Irish.

She joined Great Neck North Middle School and joined for a year at John L. Miller Great Neck North High School. After that, she switched to Village School, which was an alternative high school with only 50 students. Then, she attended the after-school theatre program at William A. Shine Great Neck South High School after school each day and participated in productions of Kiss Me, Kate, Les Misérables, Sweeney Todd, and the title role of the opera Carmen.

After she desired to portray the role of Tracy Turnblad in ‘Hairspary’, she auditioned for her dream role in 2006. During her working at Cold Stone Creamery, she was cast in Adam Shankman’s 2007 film adaptation. Then, the movie ‘hairspray’ became her most successful movie.

She came up with her debut album in September 2007 and partnered with alternative rock musician Duncan Sheik on several tracks. She released her first single ‘On a High’ which was cover of one of Sheik’s song, was featured in the movie named ‘Queen Sized’.

Then, Nikki made her guest appearance on ‘Ugly Betty’ in 2009 in the episode ‘Dressed for Success’. In the same year, she co-starred in the MTV mystery series ‘Valemont’. Later, she portrayed the recurring role of Margot in the film ‘Smash’ in 2013 and her recent roles include as lady Paw Paw in the film ‘Pup Star’ in 2016 and as Faith in ‘The Last Movie Star’ in 2017.

She has an estimated net worth of around $625,000 and she has accumulated that sum of money from her career. However, it is expected to rise in the future. Also, her other source includes endorsements, sponsorships, and ads.

The beautiful actress got into a controversy after her nude photo got leaked in American Magazine. Her phone was hacked on September 12, 2016, and her nude photo was leaked online. She is also listed on one of the celebrity to fall on nude photos scandal.

Also, she along with her parents were involved in a violent confrontation with the family of Bianca Golden in July 2008 at the Providenciales International Airport in the Turks and Caicos. All of them were charged with assault and the charges against Blonsky and Golden were dropped at that December.

Apart from those things, she is also rumored to be in a relationship with Zac Efron in 2010 and with actor Tommy Potoeski in early 2011.

And, she believes that her size has given her the gigs and made her more famous in the entertainment industry.