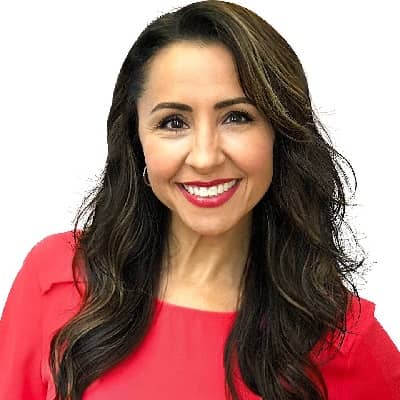 Before that, Nikki was married to her boyfriend, David Denman. David is an American film and TV actor. The couple got married in 2001, in an intimate ceremony between their families, close friends, and relatives.

However, Boyer and her husband, Denman divorced after a decade of their marriage without sharing any children.

Nikki was also in a relationship with Tommy Fields, a musician, and composer. They also have a musical duo called, The Cardboard Cutouts.

In an interview, she was also seen hanging out with CJay. Though there is no any public announcement about their affair.

Who is Nikki Boyer?

Nikki Boyer is an American actress and singer-songwriter. She is a three-time Emmy award-winning TV host.

Further, Nikki hosted Yahoo!’s Daytime In No Time and co-host of Watch This! on the TV Guide Channel.

Additionally, she is also a former active member of The Spirit Theory and performed as a singer in the group.

Nikki was born on July 22, 1975, in St. Louis, Missouri, USA. She spent most of her childhood days in St. Louis along with her parents.

The name of her parents and siblings are unknown. Boyer belongs to American nationality and is of Mixed (Norway, German, and Sweden) ethnicity.

She completed her education from Webster University in 1997. She has earned a BA in Media Communications with an emphasis in Broadcast Journalism.

At that moment, Boyer built skills and qualified herself in the field of journalism at Webster, but she was never able to become a formal broadcast journalist.

Finishing her graduation, Nikki Boyer went to Los Angeles, California in 1998 to built up her career.

No sooner, she became the host of TLC’s reality series Perfect Proposal in 2003. She worked there for a year.

Currently, she performs with ‘The Cardboard Cutouts.’ Until recently, Nikki hosted Yahoo TV’s Daytime in No Time, a spin-off of Primetime in No Time. She also co-hosted a show called What’s so funny? with Mike Bachman.

Besides, she has also appeared in web TV series Coyote County Loser and 90210. Boyer also frequently arrives on The Tonight Show’s Ross “The Intern” Mathews’ podcast “Straight Talk with Ross”.

In 2016, Boyer appeared in ‘Gilmore Girls: A Year in the Life’ alongside Lauren Graham, Alexis Bledel, and Scott Patterson. Further, she appeared in Geek Con romantic comedy, Fame-ish. And from 2017 Boyer began working as a co-host of Watch This! on the TV Guide Channel.

Boyer is living a luxurious life and has also earned a huge amount of money from her various professions like acting, singing, and as a television presenter.

However, Boyer’s actual amount of net worth is under review.

In an interview, Nikki was seen hanging out with CJay and kissing him. After this there are different relationship rumors but here is not any public announcement about their affair.

This actress stands with a height of 5 ft 6 inches weighing 62 kg. She has black colored hair and usually dyed it to dark brown and blonde.

With a beautiful face, she has a pair of dark brown colored eyes. Likely her dress size is 8 (US).

Furthermore, She has her own YouTube channel with over 131K subscribers.