Nikki Dee Ray is an Emmy Award Winning Meteorologist, Inclusion Advocate. Nikki is married and a mother of two. 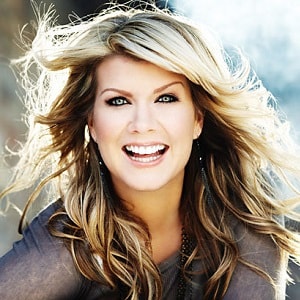 Weather is a science that’s always fluid. When people complain about the weather forecast, you have to handle it with a smile.

Nikki Dee Ray is a married woman. She is married to her longtime boyfriend, David Wren in August 2017.

Her husband is a Founder of Wren Consulting and ElevatedDiscourse.com, and Certified Cicerone. They met on 4th July 2015. She gave her card to him and he called her and asked her out for brunch. The couple engaged in 2016 after dating for around a year.

They have welcomed a baby boy (Louie) and they have are also expecting their second child. They have revealed that it’s a girl and are waiting to welcome her.

Update: They welcomed their daughter Windley-Ray Jeanette in April 2019.

Who is Nikki Dee Ray?

Nikki Dee Ray is an American meteorologist and she is currently working for the WTVR-TV reporting on the geographical and climate of Virginia every morning and noon.

She is considered one of the youngest meteorologists in America who has been working for a long time.

Her grandfather was a deacon.

She was born on May 16, 1987, in the USA. She has a birth sign, Taurus. Nikki holds American citizenship and her ethnicity is Caucasian. There is no information about his parents and siblings.

She grew up in Alabama and was very much interested in the weather since childhood. She lived in the city of Florence till seventh grade. Then her family shifted to Huntsville, Deep South on the banks of the Tennessee River.

Nikki attended Auburn University from 2005 to 2007 and studied radio, television, and digital communication. Later, she joined Mississippi State University in 2007 and studied atmospheric science and meteorology. She was graduated in 2010 with a Bachelor of Science.

Nikki Dee Ray started her career taking an intern for the WHNT News 19 channel in Huntsville, Alabama. She worked there from 2007 to August 2008.

Nikki worked as a reporter on the current and upcoming weather and geographical conditions throughout the area. She was promoted to Chief Meteorologist in January 2011. Nikki also got to vo-host for a talk show program called ‘Trends and Friends’ since August 2013 which also aired on the KLTV channel.

It is expected that she has a net worth of around $1 million and her main source of income is from her professional career.

It was found that Nikki had sent the photo to some people, and one of whom was responsible for the act. After that, she was not able to continue her work and took an extended leave and sent the letter of resignation to the company, and left KLBK-TV.

It was also heard the company itself fired Nikki but this is not yet proved.

Nikki has got hazel eyes and light brown hair. Other information regarding her height, weight, etc. is still unknown.

To know more about Anne Thompson, and Toni Yates, please click on the link.

The loveliest couple of the town Ian Somerhalder and Nikki Reed celebrates their second anniversary; married life, relationship and much more