Nikki Ferrell is married to Tyler Vanloo. Tyler proposed Nikki with a ring in 2016 at San Juan National Forest. They married on Oct 9, 2016, in St. John’s United Methodist Church (USA) surrounded by 300 guests.

The bridesmaid was Andi Dorfman and Nikki has worn a stunning white gown.

This couple enjoyed their married life for almost two years. But their relationship started to crumble and on Dec 18, 2016, they finally separated. As per the sources, Ferrell and Vanloo have deleted all the data related to each other from their social media account.

But the video of Instagram which was posted by Nikki on Nov 13, 2019, says that they are back together. The video was about hiking in Alberta Peak, Colorado. Both Nikki and Tyler were seen spending quality time with each other in those peaks.

Ferrell even called this hike one of the top 10 best dates of her life.

After winning The Bachelor S18 in March 2014, she dated Juan Pablo Galavis. But their affair only lasted seven months and now they are ex-couple.

The reason for this breakup was Juan giving importance to others before her. 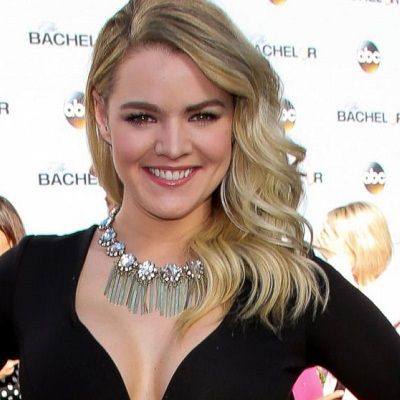 I knew I was never going to be the number one priority. He has a daughter, But there's a difference between being the second priority and the seventh priority

"This may still be some post wedding nostalgia speaking, but I am happy to say I have found my Prince Charming

The reception was beautiful and we danced the night away with our friends and family. It truly was magical yet over way too quickly.

Who is Nikki Ferrell?

Nikki Ferrell is an American TV personality and Pediatric nurse practitioner. She came to fame after participating in and winning the reality show The Bachelor S18.

Nikki Ferrell was born on Oct 29, 1986, in Kearney, Missouri, USA. Her ethnicity is Caucasian. She is the daughter of Thomas Ferrell (Father) and Jennifer Ferrell (Mother).

As for siblings, Nikki has two brothers, Alex and Eric.

She went to Kearney high school in Kearney, USA. Then for further studies, she attended Metropolitan Community College, Missouri, USA.

Its season 18 was premiered on Jan 5, 2014, till March 10, 2014. The bachelor for this season was a former professional soccer player Juan Pablo Galavis. He is from Miami and retired in the year 2008.

Nikki appeared as a contestant in this show along with 26 contestants to win the hearts of Juan. Finally, Nikki won the season but Juan didn’t propose to her.

A nurse Practioner in the USA, she earns between $72k-$111k US per year approx.

Nikki has 123k followers on Twitter which she joined in May 2012. She is not active on Facebook but her fans have made fan page accounts.