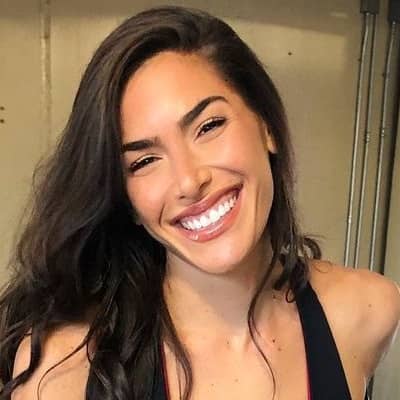 She has not announced publicly about other relation. It seems she is currently focusing on her career and is enjoying her single life to the fullest.

She likes to keep her personnel life private however in further days, if she is been in any relationship then we will upload it.

On 5th November 2020, she made a video titled ‘Wedding Vows 2020.’ In the video, she expressed her feeling on “if she gets married how it would be!”

Who is Nikki Howard?

Nikki Howard is an American Actress, Model, and Comedian. She is known for her commercial work with companies such as Lucky Brand, Sprite, Old Spice, American Express, etc.

Nikki was born on December 26, 1987, in New York. As of 2020, she is 33 years old. Her Zodiac sign is Capricorn. She holds an American Nationality and belongs to the mixed ethnicity of Russian, Polish, and Turkish.

Currently, she lives in Los Angeles, California. There is no information available regarding her parents and childhood background.

There is no information available about her high school and graduation however, she attended The New York Conservatory for Dramatic Arts.

Presently, she appears as ‘Sue Newscaster’ in Teenage Badass film in 2020. She also creates a talk show ‘Sorry Mom Podcast’ with Sydney Maler.

Nikki started her career in modeling at the age of 16 years old in Miami, Florida. To pursue her career, she moved to Los Angeles with her best friends.

She also worked in several films including Dr. Angie Yost in 5 headed Shark in 2017. From this film, she came to the limelight and gained popularity from the public. In 2013, she appeared in the role of Marisa in Breaking Arlana Miller.

Nikki’s estimated net worth is around $100 thousand-$1 million approximately.

Nikki has not involved in any kind of issue which hampers her career and personal life. So, her profile is clean and also, there are no rumors and scandals regarding him.

Nikki’s lots of information are under review. So, there is no information available regarding her body measurement. Through her pictures, we have presumed that she has black hair color as well as her eyes too.

Her first video upload on January 23, 2020, titled ‘When Millennials Name Babies’. This video gained 8.4k likes. She also uses Tiktok where she has more than 97.4k followers. Nikki has her own website where she uploads about her Fitness, Lifestyle, youtube, etc.