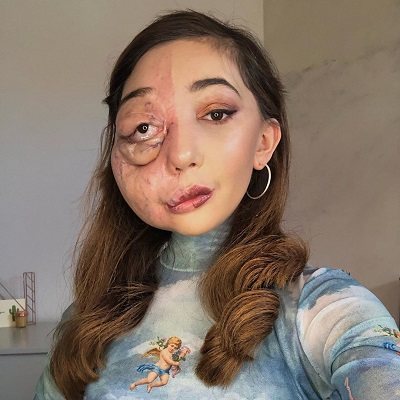 What is the relationship of Nikki Lilly?

Nikki Lilly’s current relationship status is possibly single. To date, she has not introduced anybody as her boyfriend.

As of now, she is focused on her career as a TV personality. In own of her YouTube video, her best friend is Leah.

Who is Nikki Lilly?

British Nikki Lilly is the youngest BAFTA-award-winning TV Personality and YouTuber. She is renowned as the presenter of the CBBC’s show, Nikki Lilly Meets.

Nikki Lilly was born Nicole Lilly Christou on the 22nd of July 2004 in England. She is of British ethnicity. As of 2021, she is 17 years old. Also, her zodiac sign is Cancer.

Once, her father, Josh Christou, and mother, Tania Christou were featured during the MuM Vs Dad challenge. She has two siblings including a sister, Natasha, and a brother, Alex.

Details on her academics are not available. However, in one of her YouTube videos, she mentioned that she was homeschooled.

Nikki Lilly started her journey as a YouTuber. At the age of 8 years, she started uploading videos on her YouTube channel. In her first video, she sang the song, Over the Rainbow.

The video received many good reviews and comments that boosted her confidence.

After the first video, she started making the contents of YouTube mostly based on beauty vlogs. Besides that, the Q&A section and challenge videos are also regular content of her channel. Apart from that, she also comes live through her YouTube channel too.

In August 2016, the live audience of her channel was counted to be around 250k. In the current date, she has more than 1.21 million subscribers and 84 million views.

The Youtuber is not only limited to YouTube. She is a popular face on TV too. In 2016, she started her TV career started with the CBBC’s show, Junior Bake Off. She became the winner of the show.

The year, she was awarded the Child of Courage Award at Pride of Britain Awards. After that, she featured the two documentaries for the channel.

Moving forward, in 2018, she also became the presenter of the show, Nikki Lilly Meets for CBBC. As a presenter, she has interviewed various personalities. Among them, PM Theresa May, Labour leader Jeremy Corbyn, and tennis player, Andy Murray are some of them. Also, she has been a guest for Good Morning Britain too.

Last, on the 25th of February 2020, she shared the pictures of her debut book, Feminists Don’t Wear Pink on Instagram.

To date, she has not been through any sort of controversy that created a buzz in the media. Similarly, there are no rumors linked with her.

Nikki Lilly has black eyes with brunette hair. She is 5ft. 6 inches tall and weighs 62 kg. Details on her body stats are not available yet.

Also, she has over 7.1 million followers on TikTok with more than 84 million likes.

You may also read the bio of Jackson Mecham, LostNUnbound, and Tati Westbrook.