Nikolaj Znaider has maintained a low profile when it comes to his personal life and hasn’t shared any information officially.

Hence it is not known whether he is married or is still single. 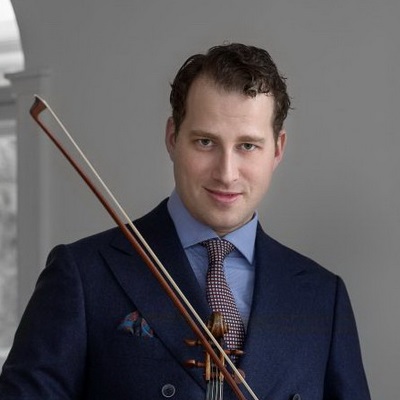 Nikolaj Znaider is one of the popular Danish-Israeli Classical Violinists, Solonist, and Conductors. The violinist is now President of the Carl Nielsen Competition.

Nikolaj was born on July 5, 1975, in Copenhagen, Hovedstaden, Denmark. His full name is Nikolaj Szeps-Znaide.

His father is originally from Poland and migrate to Israel. Likely, his mother’s family had settled in Denmark before World War II. So Nikolaj’s ancestry is Polish-Jewish.

Nikolaj has studied with the pedagogue Dorothy DeLay at Juilliard School of Music. And the violinist also studied in Copenhagen with the Russian-born Boris Kuschnir. Likely, he completed his music from Music and Arts Private University of Vienna.

He also won the first prize in the 4th International Carl Nielsen International Music Competition in Denmark when he was just 16 yrs old.

And in the year 1997, he was a winner of one of the most respected musical contests in the world: the Queen Elisabeth Music Competition in Brussels.

Nikolaj started with a live album on the small Cypress label in the year 1999. And he was signed to the major EMI label in 2001.

Recording since then he has worked for major labels: RCA Red Seal, Sony Classical, Denmark’s DaCapo, and the growing LSO Live imprint of the London Symphony Orchestra.

In the year 2006, he also issued an album of Mozart piano trios with Daniel Barenboim and cellist Kyril Zlotnikov of the Jerusalem Quartet.

He also recorded live in Vienna’s Musikvereinssaal with the Vienna Philharmonic led by Valery Gergiev and released in the USA in February 2009.

Nikolaj is so passionate about the education of musical talent that he was appointed principal guest conductor of the Mariinsky Theatre Orchestra in 2010. Furthermore, he was the Founder and Artistic Director of the Nordic Music Academy for around ten years.

His cycle of Mozart’s violin concertos on two albums has appeared on LSO Live in the year 2018. Furthermore, he is the Viotti Visiting Professor of Music at the Royal Academy of Music, London.

The violinist plays the Guarneri “del Gesu” violin which is one of the most famous violins in the world. It was built in 1741 and was previously played by the legendary violinist Fritz Kreisler. The violin is also called the “Ex-Kreisler Guarnerius,” and is on loan to Nikolaj from the Royal Danish Theater.

He has played the violin in the premiere of Edward Elgar’s Violin Concerto in B minor, Op. 61. It was the act where Nikolaj has specialized his talents.

Nikolaj has but his career as a professional violinist and is also the founder of various music schools. He must have good earnings from his music career.

There were rumors that Nikolaj shared a relationship with a Palestinian-Israeli pianist Saleem Abboud Ashkar.

Although there is no exact information yet. They were spotted together in  Bergen, Norway, in June 2010.

Nicolaj stands at a height of 4 feet and 3 inches. Talking about his appearance, he has brown colored hair with hazel-colored eyes.