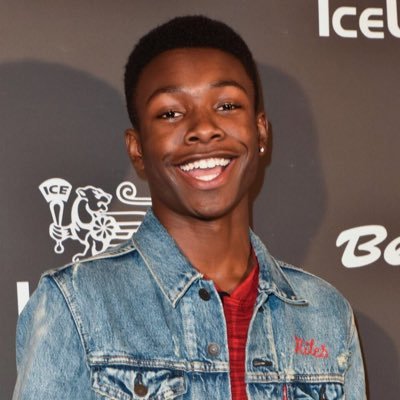 What is the relationship of Niles Fitch?

Niles Fitch is currently single. Also, he has not been linked with any celebrity neither in the past nor in the present. he is currently focusing in his career. He likes to be very secretive and also has not disclosed anything about his past affair and relationship.

Who is Niles Fitch?

Niles Fitch is an American actor who is best remembered for his performance in the NBC series ‘This Is Us’.

He was born on July 12, 2001, in Atlanta, Georgia, USA. Niles is currently 17 years old. He was decently upbrought by his mother(lawyer) and father, Frederick(financial advisor) in the US. His father passed away in 2014 because of Lupus.

He posted a picture with his family on December 8, 2015, they all looked happier as the family did not let them go down after the demise of his father. He has a sister but her name has not been disclosed yet. His family shifted to New York City so that he could pursue his acting career.

Niles holds American citizenship and his ethnicity is Afro-American.

He must have attended some reputed college in his home country but he has not provided information regarding his educational institutions.

After that, he made his theatrical debut in the musical ‘I Dream’ as Young Martin Luther King. He made his appearance in ‘The Lion King’ musical in 2011 as Young Simba and appeared as Young Simba on Broadway in 2012.

He depicted the character Deuce in ‘Army Wives’ for 9 episodes and then appeared as a guest in Disney’s ‘Best Friends’, ‘Law and Order SVU’, and ‘The Unbreakable Kimmy Schmidt’. Similarly, he made his appearance in the comedy film ‘St. Vincent’ as Brooklyn.

Recently, he depicted the character Randall Pearson in the NBC’s hit series ‘This is Us’ in 2019.

As of 2022, he has an estimated net worth of around $1 million and he has earned that sum of money from his professional career. According to some online sources, the average annual salary of a child model ranges from $42,560 to $60,030.

The talented actor has been successful in keeping himself far from rumors and controversies in his personal and professional life.

He has a height of 5 ft. 11 inches and he has black eyes and black hair. Other information regarding his weight, shoe size, dress size, etc. are unknown.

Tags : "This Is Us" American Actor I Dream