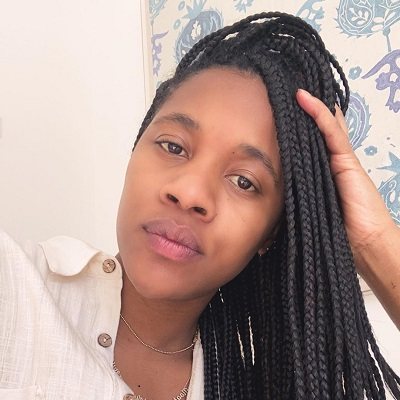 Nina Earl is married to college sweetheart, Russell Westbrook. They started dating back in 2007. After dating for around 7 years, Russell proposed her on September 3, 2014, with solitaire worth $700 Thousand.

On the 29th of August 2015, they got married to each other in Beverly Hills Hotel. The wedding was attended by celebrities like Keri Hilson. She carried two dresses for the wedding ceremony and reception designed by Monique Lhuillier and Vera Wang.

Together, the couple is blessed with three children including a son, Noah Russell Westbrook (b. May 16, 2017), and two twins daughters Skye and Jordyn (b. 2018).

Who is Nina Earl?

American Nina Earl is a former basketball player, entrepreneur, and philanthropist. She is famous as the better half of NBA star, Russell Westbrook.

Currently, she is running the corona-relief campaign with the LA Mayor’s Office.

Nina Earl was born on the 16th of January 1989 in Upland, California to Michael Earl and Jennifer Lyons (mother). She is of British-Norman ethnicity.

Her father, Lt. Michael Earl is a Puppeteer, actor, voice artist, and writer by profession. He passed away on the 23rd of December 2015 of colon cancer.

She has three brothers; Michael, Jonathan, and Benjamin. Her cousin, Kenny Easley is Pro Football Hall of Frame inducted sportsperson.

Talking about her educational background, she completed her High School education from the Diamond Ranch High School in Pomona, California. Later, she joined the University of California, Los Angeles in an athletic scholarship.

In 2011, she earned a bachelor’s degree with Honors in Psychology and a minor in English literature. After that, she graduated from the University within Clinical Psychology and specialized in marriage and family therapy.

After that, she continued her basket career in college at UCLA university. During the University freshman, she participated in the CIF 3AA championship as the first All-American team. The year, she played for 27 games with 15 points on average.

In Junior year, she received a mention on the honorable All-America in publications Street & Smith’s and Rise. The following year, she participated in the CIF title game and finished the game with 35 points.

During the college career, she received the title including CIF Player of the Year and Cal-Hi Sports All-State, and Most Valuable Player. Besides Basketball, she also competed in relay events too.

Despite having a bright future in Basketball, she gave on it. Later, she started the retail boutique, The Little Ark. The retail boutique specializes in unique baby items, decor, clothing, and gifts. Besides that, they also provide parenting classes too.

Apart from that, she is also active in various charitable organizations too. That includes the foundation Why Not? The foundation was started in 2012. That works for the underprivileged children. Along with her husband, she organized an event at the Boys and Girls Club. In the event, they provided meals to needy children.

Currently, she is working for the coronavirus relief campaign along with the foundation. The foundation launched the campaign with the LA Mayor’s Office.

As of 2020, she has an estimated net worth of $200 Thousand. The main source of her income is her retail boutique, The Little Ark.

Talking about net worth, her husband, Russell Westbrook has an estimated net worth of $170 million. His earnings as a professional basketball player are in the range of $41 million. That makes him one of the highest-paid basketball players on the present date.

Nina Earl has black eyes with black hair. She stands at a height of 6 feet 1 inch and has 80 kg of weight.

Till the date, she has not been through any sort of controversy and scandal that created headlines in the media. Also, there are no rumors related to her.

You may also read the bio of Tony Bennett, Marisa Miller, and Brooke Valentine.