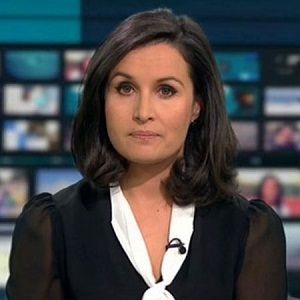 Nina Hossain is currently in a relationship. Nina is dating Stuart Thomas since 2005.

She has three children, Clara Thomas, Will Ridley Thomas, and Nate Thomas.

Previously, Nina was married to her former husband, Craig O’Hara in 1996. Their relationship continued for 8 years and turned into a divorce in 2004.

Who is Nina Hossain?

Nina Hossain is an actress and a Bangladeshi-English media personality. She started hosting London Tonight in 2011. She is known for the movies as Trauma (2004), Case Sensitive (2011) and Hidden (2011).

Hossain was born in a place called Huddersfield that lies in the United Kingdom on May 1, 1975to ‎Bangladeshi-English ethnic background.

Nina Hossain’s childhood was filled with lots of travel experience along with her family. Since her parents were well settled in England, her childhood went well without any trouble. Her mother was a nurse and her father was a psychiatrist.

Nina Hossain graduated from the University of Durham in the field of journalism.

She also finished her Postgraduate Diploma degree in the field of Broadcast Journalism got from the University of Central Lancashire, a public university in Preston, England.

Nina Hossain started her career as a trainee of ITV shows. She also got an opportunity to work for BBC London. She became the word pronouncer for Hard Spell Series 1, a BBC One spelling competition for children. She worked as a co-presenter for ITV Eve for ITN in 2004.

She started working together with Donal MacIntyre and got a chance to appear as a guest presenter for GMTV in the show Lorraine Kelly on GMTV with Lorraine in 2010. She was recruited as the sole presenter on 1 November 2010. She also worked as an actress in the movie ‘Trauma’ and some other movies. She is also the charity ambassador for Whizz-Kidz that raises funds for them by doing the Virgin London Marathon 2017.

Hossain was nominated for the Services to Media award at the British Muslim Awards in January 2015.

While she worked at ITV as a newsreader her salary is estimated to be nearly $200,000.

Hossain’s net worth is estimated to be around $4 million in 2018.

Hossain is 5 feet 2 inches tall. She has a million-dollar smile. Her hair is black and eyes brown.