Nina Li Chi is a former actress and businessperson from Hong Kong. She is married to renowned actor and martial artist, Jet Li. The couple is blessed with two children named Jada Li and Jane.

Nina Li Chi is a married woman. She is married to renowned actor and martial artist, Jet Li. In 1989, the couple met for the first time on the set of Dargon Fight. During the time, Jet was married to a former Chinese actress, Huang Qiuyan.

However, their marriage came to end in 1990 after Nina and Qiuyan’s closeness. The couple dated for almost 10 years before their marriage. On September 19, 1999, the duo tied the wedding knot.

After their marriage, Nina sacrificed her career and devote herself to her marriage and family. The couple is blessed with two children named Jada Li and Jane Li. 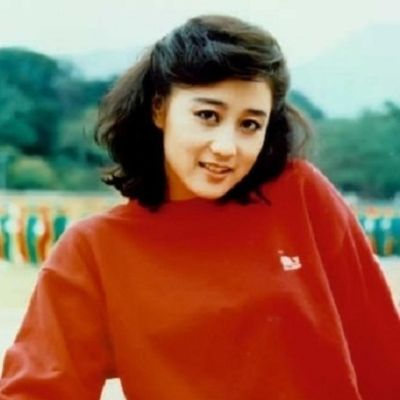 Who is Nina Li Chi?

Besides, she is best known as the spouse of Chinese-Singaporean film actor and martial artist Jet Li.

Nina was born on the 31st of December 1961, in Shanghai, China. Her birth name is Li Chi. The name of his parents is Li Wing-Sek (father) and Chui Chi-Ying ( mother).

Nina stepped into her father’s footsteps as Li was a stage artist. Her early life and siblings are under the curtains at the moment. Talking about her academics background, she attended the University of San Francisco major in economics and business.

Further, she holds dual citizenship (Chinese and Hong Kong). Her ethnicity is Asian.

In 1982, Nina made her acting debut in an uncredited role in the movie, Zhui nu san shi liu fang. She then starred in Ni Kuang’s novel series Dr. Yuen Series-based adventure film, The Seventh Curse. In 1987, she appeared in the film, Aces Go Places 5: The Terracotta Hit where she portrayed the role of Sister Thief.

The same year, she appeared in other films like What a Small World, Four Loves, Pedicab Driver, Dragon Flight, and The Fun, the Luck & the Tycoon. She guest-starred in the TV show, Celebrity Talk Show. In 1990, she was cast in the role of Li Chi in the film To Spy with Love.

In 1992, Nina got retired from her acting career and made her last role in Jacob Cheung Chi-Leung as Fang Yi Ling, a deaf woman.

Moreover, some of her notable films are,

Nina might have accumulated an impressive amount of fortune throughout her acting career. However, she hasn’t revealed her net worth, salary, and other earnings in the media.

Talking about her husband’s income, Jet has an estimated net worth of $250 million as of 2021.

The former actress stands at the height of 5 feet 5 inches tall. Likely, she has a black hair color and a brown pair of eyes. Her weight and other body stats are still under review.