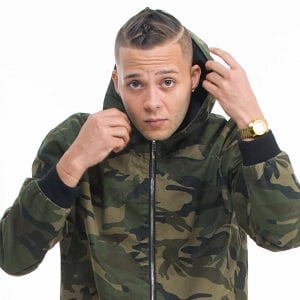 Nio Garcia has kept the information about his personal life away from the media spotlight. There are no records available about his past relationships. At present, he is believed to be single.

Who is Nio Garcia?

Nio Garcia is a Puerto Rican dancer, film actor, and choreographer-turned-rapper. People mostly recognize him for his singles like ‘Infinitely’, ‘Yo Soy,’ and ‘Castigo’ among others.

Garcia was born as Luis Antonio Quinones Garcia in San Juan, Puerto Rico on April 3, 1989. He developed an interest in dancing and music since an early age. He is of Puerto Rican nationality. Furthermore, there is no detailed information available about his ethnic background.

Talking about his education, no details are available about Garcia’s educational background at present.

Garcia initially began creating choreography for a slew of artists. Eventually, he began touring internationally as both a dancer and choreographer. Additionally, when he was in college, Garcia starred in the 2013 film ‘Reggaeton: The Movie.’ His debut single was titled ‘Infinitamente.’ The song was released in the summer of 2015.

In addition, Garcia has already worked with several other popular artists including Ozuna, Lito Kirino, Franco El Gorila, Darkiel, and Anuel AA among others. Furthermore, Nio’s single, a remix of ‘Te Boté’ charted all over the globe streaming. The song featured Bad Bunny and Casper Magico.

Garcia has not revealed his current salary. In addition, there are no details available about his estimated net worth at present.

Garcia has not been part of any notable controversies in his career. Furthermore, at present, there are no rumors concerning his life and career.

Talking about his body measurement, there are no details available about Garcia’s height and weight. His hair color is dark brown and his eye color is hazel.