Nirmal 'Nims' Purja is a mountaineer, actor, and former Gurkha soldier from Nepal. 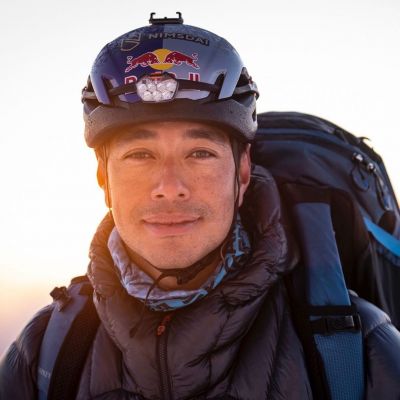 The mountains don’t care. They have no agenda. They don’t say you’re weak or strong, they don’t care about the colour of your skin, what religion you are, whether you’re rich or poor or where you’re from. We are all the same on the mountains, it is just you and them, you can’t have an ego. All you can do is plan and never give up.

Nirmal Purja is a married man. He is living a blissful conjugal life with Suchi Purja. His wife Suchi is a dentist/dental therapist and a director at Mountain Philantrophy Limited in Eastleigh, Hampshire, England.

The couple tied the wedding knot in the year 2008. Their wedding was done in a traditional Nepali Magar style. Nims and Suchi celebrated their 13th anniversary in 2021. They don’t have any children as of now.

However, they have a pet dog 𝑬𝒏𝒛𝒐 whom they treat as their kid. Enzo even has its IG handle with the username @enzo_stories.

Who is Nirmal Purja?

Nirmal Purja aka Nims Dai is a renowned mountaineer, actor, and former Gurkha soldier from Nepal. He is the holder of multiple mountaineering world records.

Purja is best known for having climbed all 14 eight-thousanders, the 14 mountains that are more than 8,000 meters (26,247 ft) in height above sea level in a record time of 6 months and 6 days with the aid of bottled oxygen.

14 Peaks has been rated one of the most viewed documentaries on Netflix globally in the first week of its release.

Nirmal was born on July 25, 1983, in Myadgi, Gandaki Province, Nepal. His full name is Nirmal Purja Magar. According to his birth date, he is 38 years old as of 2021. His Zodiac sign is Leo.

His father is a former Indian Gurkha soldier. His mother died in the year 2020. Nims dai remembers that his mum loved him very much and was quite strict when he was young. His mother says, “my son has a godly spirit”.

He has three elder brothers and a younger sister. His brothers also served in the British Army Forces.

He was formerly Nepalese but presently, he holds British nationality. Similarly, he is of Magar descent.

In 2003, Nirmal joined the Brigade of Gurkhas and he was also the first-ever Gurkha to join Special Boat Service in 2009. He served as a cold-weather warfare specialist in the special forces.

Purja served as a Lance Corporal when he quit the military to pursue his mountaineering career in 2018.

In 2012, Nirmal made his first major climb to Lobuche without any previous experience as a mountaineer. He attempted his first eight-thousander by summiting Dhaulagiri (8,167 meters) on May 18, 2014. Purja summited his second eight-thousander to Mount Everest on May 13, 2016.

Similarly, he led the Gurkha Expedition “G200E”, which summited Everest together with 13 Gurkhas on May 15, 2017. This expedition was for celebrating 200 years of allegiance to the British soldier.

In 2019, Nirmal started project Possible and summited the first mountain on 23 April 2019. Then he completed the first six-summit phase, Annapurna, Dhaulagiri, Kanchenjunga, Mount Everest, Lhotse, and Makalu on May 24, 2019. Similarly, his last fice summits were climbed in only 12 days.

Apart from this, he published his first book, Beyond Possible: One Soldier, Fourteen Peaks -My Life in the Death Zone in 2020. He recently appeared in the 2021 documentary film, 14 Peaks: Nothing Is Impossible.

On January 16, 2021, Nirmal made history as the first to ascend K2 along with nine other Nepali mountaineers in the harsh weather conditions of the winter.

He was the only team member to the summit without the use of supplemental oxygen.

Some sources have mentioned that Nirmal and his wife Suchi married in 2006. While Suchi shared a photo of their 13th anniversary on 1st January 2021 on her social media handle.

When he served in the British army, he was almost shot. The sniper aimed at his neck but luckily, the bullet touched Nimral’s gunstock.

Nirmal has amassed a decent amount of wealth throughout his career. He received an average of $50,000 while serving as a lance corporal with Special Boat Service.

As of now, he hasn’t revealed his precise net worth and salary in the media. Purja is the Brand Ambassador of the Bremonth Project Impossible. He also earned from various brands advertisements like Red Bull, antmiddleton, summitoxygen, and more.

As a mountaineer, Nirmal has a well-maintained body physique. He has a black pair of eyes and a brunette hair color.

Nims has a huge tattoo of big mountains on the backside of his body.

His height is 5 feet 8 inches whilst his weight is unknown.

What did Nirmal Purja do?

Is Nimsdai Purja a Sherpa?

What is the easiest 8000m peak to climb?