Noah Bean is a NY Emerging Talent Award-winning actor. He is married to Lyndsy Fonseca and is the father of one kid. 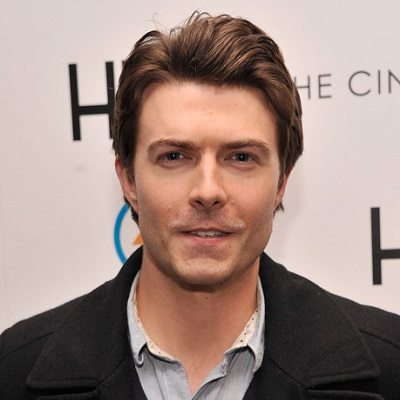 What is the relationship of Noah Bean?

Noah Bean is happily married to the actress, Lyndsy Fonseca.

The two started dating each other in 2013 in the set of the series, Nikita. After dating for three long years, the couple took their relationship to the next stage by making an announcement of their engagement in February 2016.

Later, on the 2nd of October 2016, they got married. The wedding took place at the picturesque Saltwater Farm Vineyard in Connecticut.

Through Instagram, the actress shared a glimpse of their wedding where they were walking along with each other through the vineyards. For the wedding, he built the Chuppah himself.

After that, on September 23, 2017, the couple made their announcement about Lyndsy’s pregnancy. In February 2018, they welcomed their daughter, Gerta.

Who is Noah Bean?

Noah Bean is a NY Emerging Talent Award-winning actor. He is renowned as Aaron Marker of 12 Monkeys and Ryan Fletcher of Nikita.

Next, in 2021, he will be appearing in the movie, King Richard as Steven. Currently, the movie is being filmed.

Noah Bean was born on 20th August 1978 in Boston, Massachusetts. His birth name is Noah Whipple Bean. He is of British-French ethnicity.

His father, Richard Robert Bean is a housebuilder by profession. He originally migrated from Mystic, Connecticut. His mother, Ruth Crocker is an American writer and author. He holds a master’s degree from Bennington College in creative writing.

Noah always describes himself as a very shy child. Also, he used to be terrified to speak in public in general.

Talking about his academics, he attended the Pine Point School for his primary education. Later, he joined The Williams School in Connecticut. During High school, his mother encouraged him to join the participated in drama which helped him to open himself up in front of the world. Also, it helped him to enhance his skill as an actor.

After that, he got enrolled at Boston University. From college, he earned his bachelor’s degree with Honors in Fine Arts. During University, he got the first opportunity to join the theater.

Initially, Noah Bean started his career in the theater. Some of his theater plays include the broadway and off-Broadway plays like Philadelphia Here I Come! soon, he entered Hollywood. In 1998, he made his debut with the movie, Williamstown where he was portraying the character of Tom.

After the movie, he stepped into the TV industry with the comedy-drama, Ed as Tim Cooper in a pilot role. After that, he appeared in series like Joan of Arcadia and Crumbs.

In 2007, he featured the series, Damages as David Connor. In the 1st season, he was a leading character of the show. As the season passes, his character was switched to a guest role. The series became the starting milestone in his career.

Some of his other movies along with his character roles are-

Despite his appearance in a number of movies, he is more famous for his character in TV series.

Some of his other TV series include Gang Related, 12 Monkeys, Shut Eye, and The Enemy Within. Through each series, he is leaving his impression as an artist in the heart of his viewers.

As of 2022, he has an estimated net worth of $32 million. His earnings as an actor are in the range of $21k to $215k. Besides that, he also makes throughout his career as a director and editor.

Noah Bean has blue eyes with brunette hair. He stands at a height of 5 feet 10 inches and weighs around 75 kg.

As of now, he has not been through any type of controversy and scandals that created a buzz in the media. Besides that, he has managed to maintain distance from any sort of rumors.