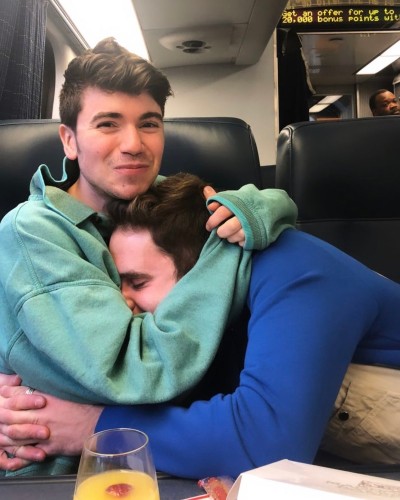 Ben Platt and Noah Galvin‘s love life is a fairy tale! They started as friends before turning it into a romantic relationship. They did not realize having feelings for each other in their five years of friendship. Their friendship turned into a relationship during the pandemic when they were living together. Platt revealed,

“We were friends for five years and right before the pandemic, we finally decided to really give it a shot. We kind of skated around it for a long time.”

Recently, Ben gave out some details about his relationship with Noah. They have been dating each other for a year as they got together in May 2020. Platt revealed that he finally found a partner whom he really loves. Gavin helped him overcome his fear and apprehension as they both played Evan Hansen in separate production. Noah has a unique ability to help him be present where he is and to make the life that’s happening day to day.

At the time of quarantine, the couple went from ‘zero to 60’ as they began living together with Ben’s parents in his childhood home. It turned beautiful as the two were together seeing each other all the time. Ben revealed,

“Being inside, being in the same room for like a year… He made it feel really magical and special.”

Noah Galvin is a well-recognized American actor and singer. Galvin is widely famed for portraying the role of Kenny O’Neal in the ABC sitcom The Real O’Neals and later performing the role of titular in the Broadway musical Dear Evan Hansen.

Moreover, he is known for his theater such as the Signature, Playwrights of Horizon, MCC, The Vineyard, The Public, The Culture Project, and so on. Read more bio…