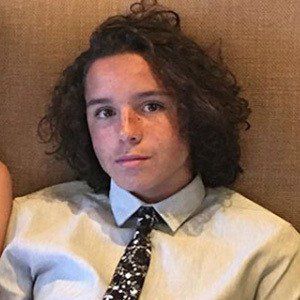 Who is Noah Lomax?

Noah is an American actor. Similarly, his prominent roles are Lewis in the film Playing for Keeps, Josh in the film Safe Haven, and Louis Morales in the TV series The Walking Dead.

On talking about his profession, he has worked on numerous television commercials. Likewise, his first success in acting was in a 2009 episode of the TV series Army Wives. Then, he has also appeared on other TV series, including Drop Dead Diva, The Middle, Mad Love, and Bones. An early uncredited role for he was playing the minor role of Louis Morales in a few episodes of The Walking Dead. Similarly, his older sister, Maddie Lomax, plays Louis’s older sister, Eliza. During 2012, he landed his first starring role in the film by Gabriele Muccino, Playing for Keeps.

During 2013, he also played the role of Josh in the film based on the Nicholas Sparks novel Safe Haven. During 2014, he joined the cast of the film 99 Homes to play Connor Nash, Andrew Garfield’s character’s son. In The SpongeBob Movie: Sponge Out of Water (2015), he played the role of Mikey.

Noah Lomax: Salary and Net Worth