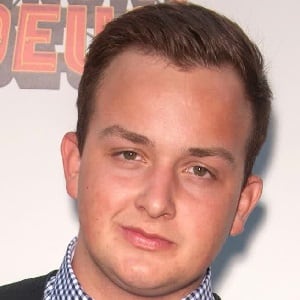 Haiti is an amazing country. Even though the people there have so little, their attitudes resonate a crazy amount of love and joy. It is truly inspiring to see that. My love for the country starts with them.

I have been given much, and so I want to give as much as I can.

Noah Munck has kept his personal life away from the media spotlight. There are no records available about his past relationships. At present, he is believed to be single.

Who is Noah Munck?

Noah Munck is an American actor, music producer, comedian, and YouTube personality. People mostly know him for his role as Gibby in the Nickelodeon series ‘iCarly’. Additionally, he has also appeared as Naked Rob Smith in the ABC comedy series ‘The Goldbergs’.

Munck was born in Mission Viejo, California on May 3, 1996. He was born as Noah Bryant Munck to parents Greg Munck and Kymbry Robinson. Additionally, his siblings are Taylor Munck, Micah Munck, and Elijah Munck. His father is an executive pastor at Crossline Community Church in Laguna Hills. Munck became interested in acting since his childhood years. He is of American nationality. Furthermore, he belongs to the mixed ethnic background of Hungarian, German, Bohemian (Czech), and English.

Talking about his education, Munck attended Biola University but later dropped out.

Some other movies and television series that Munck has appeared in are ‘The Goldbergs’, ‘Vikes’, ‘Johan Archiles Inspiration’, ‘El Bosque Sin Salida’, ‘Son of Zorn’, ‘Tom Sawyer & Huckleberry Finn’, ‘Just Before I Go’, ‘Sam & Cat’, ‘Gibby’, ‘Swindle’, ‘Nicky Deuce’, ‘The Troop’, ‘Bad Teacher’, ‘Rules of Engagement’, ‘ER’, ‘All About Steve’, and ‘Sunday! Sunday! Sunday!’ among others.  Apart from his work in movies and television, Munck also started a YouTube channel called ‘Sadworld’ where he posts experimental comedy sketches. Furthermore, he is an active supporter of Camp Del Corazon, which is a summer camp for children with heart disease.

Munck has not revealed his current salary. However, he has an estimated net worth of around $ 8 million at present.

Munck became part of a controversy in 2016 after he revealed that he was body shamed several times during the filming of ‘iCarly’. At present, there are no rumors concerning his life and career.

Talking about his body measurement, Munck has a height of 6 feet (1.83 m). Additionally, he weighs around 80 kg or 176.5 lbs. Furthermore, his hair color is dark brown and his eye color is green.