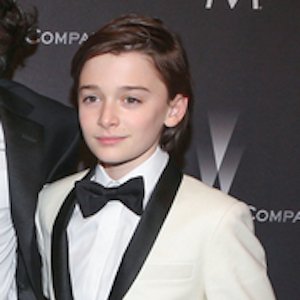 Will shows more bravery and you'll definitely learn how the Upside Down affected Will and you'll get more into his story line.

Noah Schnapp is a child actor of age 10. Being just a minor, he is not been involved in any relationship till now. Despite his young age, he has been a very popular name in the industry and he has a huge fan following.

Who is Noah Schnapp?

He is also known for voicing Charlie Brown in The Peanuts Movie (2015).

Noah was born on 3 October 2004, in New York City, New York, USA. He is the son of Canadian-American parents, Mitchell Schnapp(father) and Karine Schnapp(mother). They were from Montreal. He has a twin sister named Chloe Schnapp who is also an actress. Noah is an American by nationality and is of Canadian-American ethnicity.

He was interested in acting since he was three years old and started acting at the age of six years. There is no information about his educational background.

Noah began acting when he was six years old. He made his acting debut playing in commercials and short videos. He made his professional acting debut playing Roger Donovan in the film Bridge of Spies in 2015. Same that year, he voiced the character Charlie Brown in the American 3D computer-animated comedy film, The Peanuts Movie (2015).  He played Lucas in the 2016 short film The Circle.

His movie We Only Know So Much (2017) is completed in which he will be appearing as Otis Copeland. Noah also appeared in the 2016 hit music video “LA Devotee“. He plays Will Byers in the Netflix science fiction series Stranger Things (2016-present) for which he has been nominated for “Screen Actors Guild Award for Outstanding Performance by an Ensemble in a Drama Series”.

He is set to play T.J Swift in the feature film drama “Intensive Care“. In addition to his professional acting work, Noah also enjoys writing and acting in his own home-grown plays that he performs with his twin sister, Chloe Schnapp. He is a young child actor and his career is yet to rise. Despite his young age, he has been a popular name in the industry. He has accumulated a net worth of 1 million dollars.

There were rumors that Noah is gay because his character in Stranger Things is gay. And there were controversies on his sexuality as well.

Noah is 5 feet 5 inches tall and his weight 40 kg. He has an eye color of hazel and his hair color is dark brown. There is no information on his other body measurement like shoe size, chest, etc.