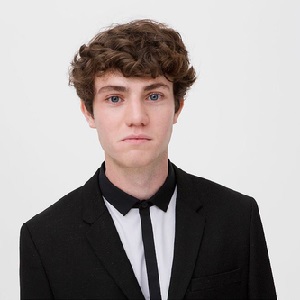 What is the relationship of Noah Sierota?

Noah Sierota is a married man now. He is married to his long-time girlfriend Caraline Dirks. The couple dated each other for several before getting married. After dating for some time, the couple got married on 23 May 2017, in a low-key ceremony in Southern California. The couple has been married for a few months now and their relationship is going very well.

Who is Noah Sierota?

Noah Sierota is an American musician. He is most known as the member of American alternative pop band, Echosmith alongside his brother Jamie Sierota.

He serves as the back vocalist and bassist for the band. Sierota and the band are famous for their debut album Talking Dreams, released on October 8, 2013.

Talking about his early life, Noah Sierota was born on January 1, 1996, in California, USA. He is an American by nationality and belongs to Ashkenazi Jewish ethnicity.

His birth name is Noah Jeffery David Joseph Sierota. He is the second-oldest son of Linda Sierota(mother) and Jeffery David(father). His father is a songwriter and producer.

Noah has three siblings named Jamie Sierota, Graham Sierota, and Sydney Sierota. His all siblings are musical artists. There is no information about his childhood. His educational background is unknown.

Noah began his music career in 2009. He and his three siblings formed a band called Echosmith in 2009. Since then, he serves as the back vocalist and bassist of the band.

Noah impressed the audiences with his performance on Echosmith’s first single, Tonight We’re Making History in 2012. The song was a promo for the 2012 Summer Olympics. He and the band released their debut album Talking Dreams in October 2013.

Noah’s height, weight, and other body measurements are unknown. His eye color is hazel and his hair color is dark brown.