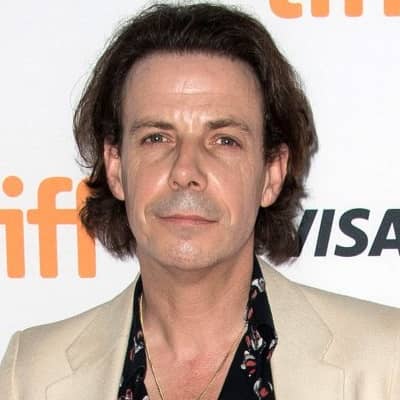 In the past, Noah was in an undisclosed relationship with a woman who gave birth to his first child, a girl named Martha Taylor who was born in September 2007.

After that, Taylor got married to an Australian fashion designer, Dionne Harris on November 14, 2012. Now, the family resides in Brighton, East Sussex.

Who is Noah Taylor?

Noah Taylor is a popular English-Australian actor, musician, and artist. He is best known for playing the role of Locke in the movie, Game of Thrones.

Noah’s paintings are also featured at the Olsen Gallery in Woollahra, Australia.

The actor was born on September 04, 1969, in Brighton, East Sussex, England. His birth name is Noah George Taylor.

He also has a brother but his brother’s name is unknown. He belongs to British-Australian nationality and is of Australian and English ethnicity.

Talking about his education, he completed his education from Swinburne Senior Community School and has also attended the University High School.

He studied acting at the St. Martin’s Youth Theatre which is located in South Yarra, Melbourne.

Noah started his career with the movie The Year My Voice Broke in 1962 and his Flirting in 1991 playing the lead roles. He then garnered international attention playing as a young pianist David Helfgott in the movie Shine.

After that, he appeared in various movies including Skyscraper, Paddington 2, Charlie and the Chocolate Factory, Joh’s Jury, The Last Crop, Dadah Is Death, and many more.

Noah has arrived in the film, The Nostradamus Kid, and also starred in Simon Rumley’s mystery thriller Red White & Blue. He also appeared as Darby Sabini in the 2014 TV series, Peaky Blinders.

Alongside movies, Noah also appeared in a few music videos. He also worked for a music video or Fifteen Feet of Pure White Snow. It was a song by Nick Cave and the Bad Seeds.

Noah’s first song, Live Free or Die was released in 2011. It was released with his group called Noah Taylor and the Sloppy Boys along on Z-Man Records.

Taylor also has a significant role in the third and fourth seasons of HBO’s top trending series Game of Thrones. Taylor portrayed the role of Locke, a condensed version of the character who appears in several of the books.

In the year 2016, he was featured in the film titled, Free Fire as Gordon. In addition, he appeared in the TV series, Preacher as Adolf Hitler from 2017 to 2019.

Being one of the successful personality, his net worth is $5 million. Taylor earns a decent amount of money from his acting career.

He appeared in the movie, Free Fire which grossed $1.4 million in the United States and Canada, and $1.2 million in other territories, for a total of $2.6 million.

To the date, the actor hasn’t involved in any of the activities and been in any type of controversies and rumors yet.

Noah Taylor has an athletic built body standing with a height of 5 ft 8 inches (173 cm). Likely, his weight is kg.

Similarly, the musician prefers to have shoulder length brunet hair and has green colored eyes.

Also, get to know about other famous actors like Max Walker, Matt Cornett, Joshua Bassett, and Spencer Garrett.

Trevor Noah says he’s cuomosexual. What does that mean?