Actor Noah Wyle is married and a mother of three.

Noah Wyle is a married person. He has been married to Sara Wells since June 7, 2014. They met for the first time during the production of The Blank Theater Company in 2011.

The couple has welcomed a daughter and Frances Harper on June 22, 2015. The family is currently living together and sharing quality time with each other.

Previously, he was married to Tracy Warbin on May 6, 2000. They met the first time on the set of ‘The Myth of Fingerprints’. The pair welcomed two children: son Owen Strausser on November 9, 2002, and daughter Auden on October 15, 2005.

He has two tattoos in which an ‘O’ is written on his left wrist referencing his son, Owen and above it, his daughter’s name, Auden is written.

But, the couple ended their relationship and separated in 2009 and divorced in 2010 and they share joint custody of Owen and Auden. 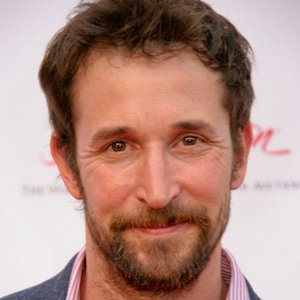 My mother was an orthopedic nurse for 20 years, and she forbade all of us children to ever get on a motorcycle, and we listened.

A cameo in 'Doctor Who' would be kind of cool to have on my filmography.

I'm a guy who never wanted to hold a steady job, because I was worried about the monotony.

Who is Noah Wyle?

Noah Wyle is an American actor who is best known for his role as Dr. John Carter in ‘ER’. Also, he is well recognized for his performance as Tom Mason in ‘Falling Skies’.

He was born on June 4, 1971, in Hollywood, California, USA. His birth name is Noah Strausser Speer Wyle and he is currently 47 years old. His father’s name is Stephen Wyle and his mother’s name is Marjorie.

Noah’s father is an electrical engineer and entrepreneur and his mother is a registered orthopedic head nurse. His mother is Episcopalian and his father is Jewish.

His parents got divorced in the late 1970s. His mother, Marjorie married James C. Katz(film restorations) and shared three stepchildren from his previous marriage. He has two siblings: Aaron Wyle and Alex Wyle.

Talking about his education history, he was educated at The Thacher School in Ojai, California. He graduated from there with the class of 1989 and later participated in a Theater Arts program at Northwestern University after his high school years.

Then, he made his appearance in high school plays and graduated from university. After that, he studied acting with acting teacher Larry Moss during his stay in a small apartment on Hollywood Boulevard.

Noah Wyle began playing high school plays during his high school time. Later, he debuted his Hollywood career from the movie ‘Lust in the Dust’ in 1985 with a supporting role. After that, he got another supporting role in the 1990s miniseries ‘Blind Faith’.

He made his breakthrough from the role of John Carter in which he portrayed the main role from 1994 to 2009. He became the youngest member when he joined the cast and his performances in the shoe helped him earn several nominations.

Later, he made his appearances in ‘The Librarian’, ‘Pirates of Silicon Valley’, ‘The Californians’, and many more. Apart from film and television roles, he is also an Artistic Producer of The Blank Theater Company located in Hollywood, California.

He was nominated for Golden Globe Award in the category Best Performance by an Actor in a Supporting Role in a Series, Miniseries, or Motion Picture Made for Television for ‘ER’ in 1997, 1998, and 1999.

Also, he was nominated for Primetime Emmy Award in the category Outstanding Supporting Actor in a Drama Series for ‘ER’ in 1997, 1998, and 1999. Apart from that, he won several awards and nominations in his career.

Noah Wyle has an estimated net worth of around $25 million and he has earned that sum of money from his professional career. Noah along with La Salle received 3 years of deals worth $27 million in 1999. He acquired Bo Derek’s 45-acre ranch in Santa Ynez, California, which is worth $2.5 million.

In addition, he noted his longtime home in Los Angeles for $4.4 million and also owns another Los Angeles home in the Los Feliz neighborhood. Furthermore, he owns a $3 million property in Solvang, California. He sold his lavish Santa Barbara mansion for $2 million in 2013. He is currently residing in Santa Ynez, California.

He has been successful in keeping himself far from rumors and controversies in his career.

Noah Wyle likes to keep his personal information secret and does not seem to be active on social networking sites such as Facebook, Instagram, Twitter, etc.