Updated On January 29, 2023 | Published By: Julian
Share this
Married 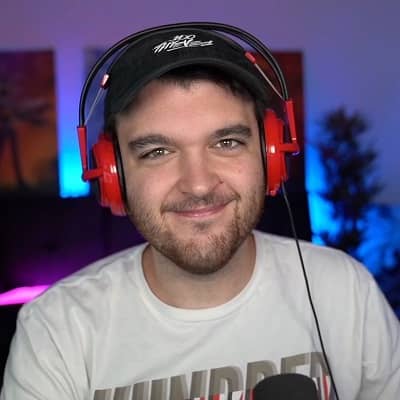 Popular American Youtuber Noahj456 is married!! He never gave up on Martina

Noahj456 is currently married to his wife Martina. The couple dated for some time before getting married in 2018.

Their marriage is going great and they sometimes share glimpses into their married life through social media and Youtube. Aside from this though, there isn’t much information about the couple.

Noah has also kept his dating history private. As such, nothing is known about his previous relationships and girlfriends.

Noahj456 is a popular American Youtuber and gamer. He is best known for his entertaining gameplay videos of games such as Call of Duty, Destiny, and Grand Theft Auto (GTA).

Noah hasn’t shared the names of his parents as of yet. Still, we do know that he is quite close to his mother and she can be seen in his social media posts as well.

Sadly, Noah lost his father at the young age of thirteen to addiction and alcoholism.

So he was raised primarily by his mother along with his younger sister Emma. He also continued having a positive outlook on life and has made a stable and successful career focused on his interests.

In which school did Noahj456 attend?

Noah seems to be pretty well educated. However, we can’t be sure of this as he hasn’t revealed any information regarding his educational journey and qualifications.

Noah started his rise to fame after creating his Youtube channel in February of 2010.

He posted his first video titled freestyle in the Call Of Duty lobby a year later in 2011. Since then, Noah continued posting small clips along with gameplay and commentary videos of several popular games on his channel.

Most of his early videos revolved around Call of Duty, Counterstrike, and GTA.

And thanks to his entertaining and hilarious commentary alongside great gameplay, he gathered a lot of viewers.

Noah was also quite good at these games and gave advice and posted tutorials related to these games.

As a result of his consistent and entertaining content, Noah has gathered over 5 million subscribers as of 2021.

His channel has over 1.3 billion total views and the numbers are still rising.

More recently, he has also added a lot more variety to his channel.

As such, Noah plays a number of different games such as Black Ops, Five Nights at Freddy’s, and Call of Duty: Zombies to name a few.

He also streams frequently on Youtube and Twitch. Recently in 2021, his fans were sad as Noah announced an indefinite break from Youtube.

Thankfully, Noah was just exhausted and came back to the platform after a month-long break.

Noah has accumulated an impressive net worth estimated to be roughly 5 million USD as of 2023. He hasn’t shared any details regarding his annual salary.

What are the body stats of Noahj456?

Noahj456 stands at a height of 5 feet 9 inches and his weight is roughly 64 kilograms.

Noah has a balanced physique and a great beard. He keeps his dark brown hair really short and he has light brown eyes.

Get to know more about the lives of Ethangamer and Kyle Budha as well.