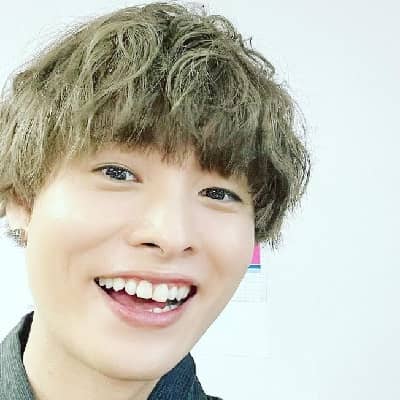 Nobuhiko Okamoto is married to fellow voice actress Asuka Ogame. On March 21, 2020, he revealed his marriage after Shukan Bunshun, a Japanese weekly news magazine reported allegations of him having an extramarital affair.

Who is Nobuhiko Okamoto?

Nobuhiko Okamoto is a Japanese voice actor and singer. He is currently associated with Pro-Fit, a Japanese talent agency that mainly handles voice actors. Okamoto is widely recognized for his voiceover in anime TV series such as My Hero Academia, Chrome Shelled Regios, and A Certain Magical Index.

Nobuhiko was born on the 24th of October 1986, in Tokyo, Japan. At present, he is 34 years old and his Zodiac sign is Scorpio.

The singer is very secretive when it comes to his personal life. He hasn’t disclosed anything regarding his early life, parents, and academics background to date.

Talking about his nationality, he holds Japanese citizenship and belongs to the Asian ethnicity. However, he is practicing Catholicism.

Nobuhiko made his television debut in 2006 through the animated series, Ghost Hunt, a light novel series written by Fuyumi Ono where he voiceover the character John Brown. That year, he also appeared in Mamotte! Lollipop and voiceover for Gomez. In 2007, he has voiced guest characters in several animated series such as Bakugan Battle Brawlers, Engage Planet Kiss Dum, Myself: Yourself, Nodame Cantabile, Sky Girls, and more.

Similarly, he provides his voice for numerous video games including Granado Espada (2006), Little Anchor (2009), Chaos Rings (2010), Sengoku Basara 4 (2014), Yakuza: Like a Dragon, and more. His latest projects are Edens Zero, Ore, Tsushima, Burning Kabaddi, Black Clover, Horimiya, and so on.

Aside from voiceover, he is impassioned about music. He made his singing debut on his 25th birthday in the year 2012. Nobuhiko released his first EP entitled Palette on May 23, 2012, which peaked at number 9 on the weekly Oricon chart.

His second EP, Enjoy Full released on June 5, 2013. Similarly, he released his first single, Shunkan Beat on March 19, 2014. Some of his other albums are  Parading, Happiece, 8piece, Chaosix, and trust and play.

On March 7, 2009, Nobuhiko won the 3rd Seiyu Awards in the category of best rookie actor for his work in A Certain Magical Index. He won the 5th Seiyu Awards for best actor in supporting role in Maid Sama on March 5, 2011.

Nobuhiko has managed to maintain a clean profile to date. He hasn’t been part of any rumors and controversy that create a headline in the media.

Nobuhiko might have accumulated a decent amount of wealth throughout his career. But, he hasn’t revealed his actual net worth, salary, and other income in the media.

Nobuhiko stands at the height of 5 feet 6 inches. He has black hair color but he often experiments with his hair color. Likewise, he has black pair of eyes.

Similarly, he has a self-titled YouTube channel with over 4.26k subscribers.