Noel Fisher is a Canadian actor who received millions of support after he appeared as  Mickey Milkovich on the Showtime series Shameless. Noel Fisher is married to an actress Layla Alizada.

Noel Fisher is married to an actress Layla Alizada on July 15, 2017, in Los Angels in their house backyard in front of their close family and friends. The couple first met in the makeup trailer on the set of Canadian TV series Godiva’s in 2004 and  12 years later, they finally walked on the aisle together. Before that in the year 2014, they were engaged.

About his wedding event, he added,

‘We always wanted a wedding that was small and intimate. It was a magical day and even more special having so much of it put together with the help of our loved ones.’

Recently, the actor shared a picture with his wife chilling on the beach. The couple has no current plans for babies. Let’s see how long we need to wait to have a glance at their firstborn. 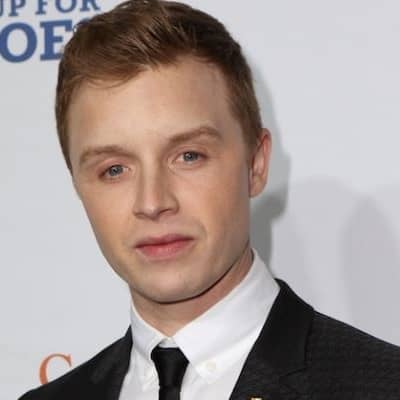 Who is Noel Fisher?

Noel Fisher is a Canadian actor who received millions of support after he appeared as  Mickey Milkovich on the Showtime series Shameless. Also, his portrayal of Cael Malloy on the FX series The Riches was one of the favorites of the audience.

On March 13, 1984, Fisher was born in Vancouver, British Columbia. He is a Pisces zodiac and he is 37 years as of today. His birth name is Noel Roeim Fisher. He belongs to mixed ethnicity and holds Canadian citizenship. He follows Christianity.

His father belongs to Irish ancestry while his mother Linda Leonard Adams is of Scottish ancestry. His family also includes a sister namely, Raena Kai Fisher. There is no detailed explanation of his educational background.

He was an aspirant to acting from a young age. During his time in Vancouver appearing as a child actor, he was encouraged towards diverse learning and piano. He also enrolled himself in piano classes for eight years.

Counting on his body features, he has a cheerful white face, blue eyes, and dark brown hair. He loves to dye his hair as per the requirement of his character. He is 5 feet and 6.5 inches tall and has an average body weight. Not only that, he loves to keep his body fit so, follows a balanced diet and exercises daily.

At the young age of 14, he began his acting career in the television movie The Sheldon Kennedy Story. In his acting journey of 23 years, he has now proved his excellency and portrayed his versatile image. He also played a gay character which was one of his career outbreaks.

Also, he starred in the National Geographic documentary series The Long Road Home and acted for the role of Iraq war victim in Pfc. Tomas Young. He is also a voice-over artist, he voiced the character ‘Todd’ in X-Men Revolution.

He has listed himself amongst one of the richest Television actors. As of 2022, he has an estimated net worth of around $18 million which he earned through excellence in his acting career. Like every other adult, he likes to conceal his salary details, Besides, everything a general assumption of his paycheque per day i.e. $1140 is available on the internet.

Being in the glamor and acting industry, it is often difficult to deal with rumors. Though Fisher is straight, his sexuality was often a matter of controversy and usually questioned in interviews. Since he married a girl now all such mouths are now shut forever.