Noelle Sheldon is an American actress by who is known for her performances in the series ‘Friends’ and in the horror movie ‘US’. She is possibly single.

Also, she is still young to be in a relationship and she is currently focusing on her career. Hope, she will find the one in the near future. 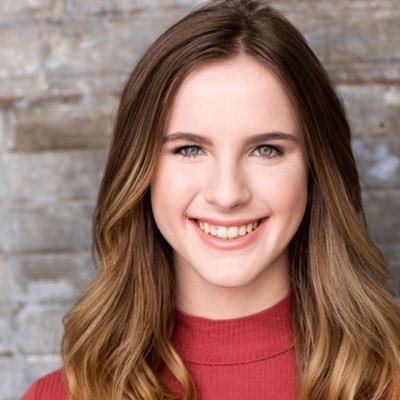 Who is Noelle Sheldon?

Noelle Sheldon is an American actress by who is known for her performances in the series ‘Friends and in the horror movie ‘US’.

Also, she is best known for her roles in ‘Life’ and ‘Rougarou’.

She was born on June 17, 2002, in Los Angeles, California, USA. Noelle was born to Geoff Sheldon and Gretchen Carpenter.

She grew up along with two siblings – twin sister Cali Sheldon and a younger brother, Brady Sheldon.

Noelle holds American citizenship but her ethnicity is unknown.

She along with her twin sister are believed to be in high school and will soon graduate.

She began appearing in commercials and prints for Similac and Dragnet when she was only 19 months old.

Later, she made her appearance as baby Emma Geller-Green in the hit TV series ‘Friends’ in May 2003.

She along with her twin sister played the on-screen lovechild of actors Jennifer Aniston, and David Schwimmer and the on-screen half-sister of Cole Sprouse.

The twin sisters revealed that they have never watched Friends till the age of 12 since their parents said they had to wait until they turned 13.

After that, the sisters made their appearances in ‘The Bold and the Beautiful’ from June to July 2003 and ‘Life’ in 2007.

Moreover, she appeared in short films ‘Winner’, ‘Adorable and Maxwell’, ‘Novel Romance’, ‘Rougarou’ (2016) along sharing the role with her twin sister.

Likewise, she appeared in 2019 horror movie ‘US’ as Becca along with her sister. She starred in the ‘US’ series along with Lupita Nyong’o, Shahadi Wright Joseph, Winston Duke, Elisabeth Moss, Anna Diop, etc.

It seems Noelle has not been awarded and nominated for her work till date. Hope, she will win in the future.

She must have accumulated a decent sum of money from her acting career however, she has not revealed her exact net worth, salary, and income.

Noelle has been successful in keeping herself far from rumors and controversies in her personal and professional life.

Noelle Sheldon has a height of 5 ft. 1 inch and has blue eyes and blonde hair.

She weighs about 39 kg. But, her shoe size, dress size, body measurement, etc. are unknown.