Nolan Gross is an actor, model, and director who appeared in American Horror Story. He is in a relationship.

The versatile actor, Nolan Gross is in a joyful relationship with a girl, Jade. As per sources, the couple started dating each other in 2019. Jade often shares their photos on Instagram.

It is reported that Nolan’s partner released a picture of them roaming out on the main street in Huntington Beach on Instagram.

However, his love- life has been an enigma to the public. 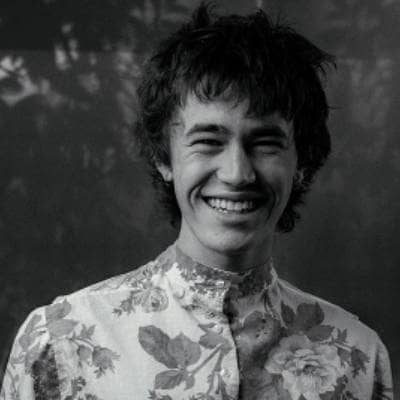 Who is Nolan Gross?

Nolan Gross is a well-famous American actor, model, and director as well. Gross is famed for his character in the film Noah and his guest performance on American Horror Story.

Also, he featured in the movie Any Day opposite Sean Bean and Kate Walsh and had a role in Terminator: Genisys.

Nolan Gross was born on 28 February 2003. As of the present, his age is 19 years old. Likewise, his birthplace is Corona, California, USA.

Talking about his nationality, Nolan holds an American identity whereas his ethnicity is Caucasian. Not much is known about Gross’ family, he has hardly revealed his family details publicly.

As per sources, Nolan shifted to Pasadena, California alongside her sisters and parents. He has an elder sister, Nolan Gross.

To go after his career, Gross attended the California High School Proficiency Exam to quit high school one year earlier.

Being a child actor, Gross took his talent in the acting industry, as he appeared for the first time as Todd in the short musical comedy film, George and the Fly in 2011.

Following it, he played the character of a Flash kid in the short romantic drama film, Turn Into Earth in 2012.

Moreover, the star also performed in many short films such as Drink, PUSH, and so on. He debuted in the romantic comedy TV series, The New Normal in 2012. Nolan emerged being a guest as Young Johnny in the television series, American Horror Story.

He performed in other television series such as Masters of Sex, What Lives Inside, CSI: Crime Scene Investigation, and so on.

He hit the main success of his career after performing in Noah that received good and positive feedback from the critics.

Furthermore, the handsome star played in the sci-fi action movie, Terminator Genisys. Some of his block bluster movies are All Summer End, Lucky Dog, Pearly Gates, and so on.

Gross has featured on songs as well. He debuted on ‘Red Wheels’ and won millions of fan’s hearts that got released on 16 September 2019.

The dashing star, Nolan Gross has performed and appeared in limited movies till now. He has able to earn handsome income from his rising career.

It is reported that Nolan Gross has an estimated net worth of $1 million as of 2022.

He has been part of some super hit movies such as Noah and Terminator Genisys, which earned $362.6 million and $ 440.6 million sequentially.

Nevertheless, he has never disclosed his real earnings, salary, and property derails till now.

The handsome actor, Gross is very private. He does not prefer sharing his thoughts and feelings in front of the mass and the public.

It is very hard to find him involved in any kinds of controversial matters or rumors.

It seems Gross is happy living his personal life and has balanced with his professional life.

Nolan Gross, being 19 years old, has very dashing looks and an attractive personality.

He stands tall at a height of 5 feet 9 inches. He has a balanced body weight of 61 kg.

Having said that, he has kept his physical details behind the curtain.

He is active on Twitter as well with around 1.3k fans and subscribers.