Talking about her love life, Nomzamo Mbatha is presently single and is not dating anyone at the moment.

Previously, she was living in a relationship with Maps Maponyane. Maps is also engaged in the entertainment industry and has featured in movies such as Tell me Something Sweet.

The duo was together for more than three years and Mbatha has described him as incredible and hot. However, they got separated in 2018 after knowing Maponyane cheated on her.

Earlier, she was in a relationship with the 2012 Idol South Africa winner, Khaya Methethwa. Nevertheless, they parted due to irreconcilable differences. 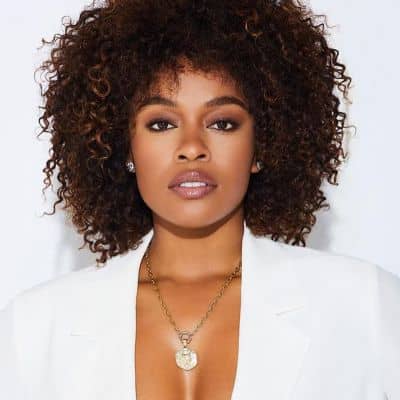 Who is Nomzamo Mbatha?

Nomzamo Mbatha is a well-recognized South African actress, television personality, model, businesswoman, and human rights activist. Mbatha is widely famed for her role in Isibaya(2014), The Jakes Are Missing(2015), and Coming 2 America(2021).

Moreover, she was inducted into the Golden Key International Honour Society as one of its Honorary Members.

Nomzamo Mbatha was born on 13 July 1990. At present, her age is 30 years old. Likewise, her birthplace is KwaMashu, KwaZulu Natal, South Africa.

Nomzamo is the daughter of her father, Skuta Nxumalo whereas her mother is Manatuku Nxumalo. Moreover, she has two sisters, Carla and Wendy, and a brother named Zamani. Her mother worked as a teacher.

Talking about her nationality, Mbatha holds a South African identity whereas her ethnicity is Zulu.

Regarding education, the star studied at Rippon Primary School in Durban and Bechet High School and took her High School Diploma. Later, she took her graduation from the University of Cape Town with a Bachelor of Commerce degree with expertise in accounting.

Nomzamo is best renowned as one of the three finalists in the 2012 MTV Base VJ Search. She started her career in the same year. Later, she featured in her debut acting role in Mzansi Magic telenovela-turned-soap-opera isiBaya, in the year 2013.

The South African star has impressed a lot of fans and followers. She is also a brand ambassador for various products. Mbatha is the first-ever South African to become the face of Neutrogena products in 2015.

In the year 2015, Nomzamo featured in the role of Khwezi, an orphan from KwaZulu-Natal in the e. tv drama series Umlilo. In the same year, she performed in another series, Tell Me Sweet Something. She performed a gig to host a reality travel show dubbed, Holiday Swap that was featured on South African Broadcasting Corporation.

Some of the other films that Mbatha has played are The Jakes Are Missing(2015) and All About Love(2017).

Freshly, she was nominated to be a Goodwill Ambassador at the United Nations Refugee Agency in 2019.

A South African multi-talented star, Nomzamo has earned a handsome amount of money from her profession. She has been present in her profession from the year 2012 till the present.

It is reported that Nomzamo Mbatha has an estimated net worth of $3 million as of 2022. She also serves in partnership with other renowned brands like L’Oreal Paris, AUDI, PUMA, and McDonald’s.

Nomzamo has never been part of any controversial matter or rumors till now. The star has been preoccupied with her professional and private life.

It seems that Mbatha prefers enjoying her personal life and does not want to merge it with her professional life.

30 years old star, Nomzamo has gorgeous looks and an admirable personality. She stands at a height of 5 feet 2 inches. Also, she has a balanced body weight of 56 kg.

Furthermore, Mbatha has brown eyes whereas her hair is black.

Regarding her social media presence, Nomzamo Mbatha is an active personality on social media. Nomzamo has more than 3.8 million followers on her official Instagram account @nomzamo_m.

She is also active on Twitter with around 2.3 million followers.

Moreover, Mbatha is also available on Facebook with nearly 930k fans and supporters.