Posted by MarriedBiography Posted on November 5, 2020 | In controversy , Health
Share this

The tyrannical head of North Korea, Kim Jong-un has claimed that North Korea has zero cases of COVID-19. Considering the secrecy with which the country functions, people and WHO have doubted these reports. And internal unnamed sources have claimed that COVID-19 patients have been kept in secret quarantine camps there they are left to starve and die.

North Korea and the secret quarantine camps for COVID-19 patients

The North Korean President, Kim Jong-Un is a dictator and does not allow any news of his country and work to leak out of the country. There is intense press censorship and only through some secret messages from internal sources and foreign press there provide information on it.

Kim Jong-Un has reported that his country has zero cases of coronavirus. But a Christian activist named Tim Peters who runs the nonprofit Helping Hands Korea in Seoul said patients of the deadly virus exist in the country. But they are left to die in quarantine camps at the Chinese border. He said:

“One of the more alarming pieces of information that has come our way is that the DPRK government is providing absolutely minimal or no food or medicine to those who are interred there,”

DPRK stands for the Democratic People’s Republic of Korea.

“So, it’s up to the families of the quarantined citizens to come to the edge of the camps and bring food to keep quarantined relatives alive along with whatever health-related aids that they can muster, whether it be purchased medicines sold in the jangmadang markets, or even herbal home remedies gathered from mountainsides,”

“My sources indicate many in these camps have already died, not only from the pandemic but also from starvation and related causes,”

He compared this neglect to that noticed in the prison camps of the regime. In the latter also, the officials give the inmates the minimum food and they die due to starvation. The government does not allow families to help inmates.  He summed up:

“In short, my sense is that the situation pertaining to COVID-19 inside North Korea is gravely serious,”

David Lee is a pastor in Seoul and works with the defectors of that Hermit Kingdom. He said that the government puts people with symptoms into the camps with no food. It gives no other support to them and they leave them to die there. Inside the country, the people call this new disease as the ghost disease. The government officials are doing nothing to trace the contacts and check on the disease spread. David said:

“They don’t have proper testing kits,”

A human rights activist from South Korea said that a trader from North Korea had secret trade ties with China. He contracted coronavirus infection and spread to people around. Many people died and the government incinerated the dead bodies. A dissident broadcaster from North Korea told him this, he said. He said:

“The central inspection authorities came from Pyongyang and burned all the bodies,”

Last month, Kim said that his country has no cases of the corona. WHO said that the country did only 3400 tests. While the population is 25 million. And they said that all tests were negative!!! 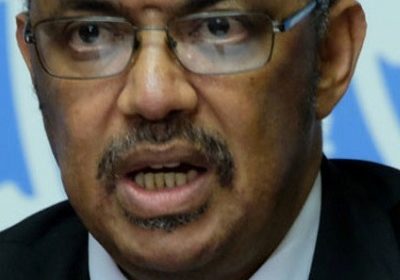 Tags : coronavirus cases WHO WHO DG