Posted by MarriedBiography Posted on April 12, 2020 | In controversy , Dating , Relationship
Share this 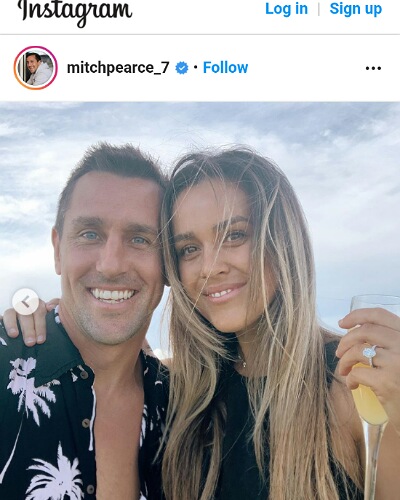 National Rugby League player Mitch Pearce proposed to his girlfriend Kristin Scott with an impressive engagement ring worth $ 40k and she said yes.

The NRL star Mitch Pearce used the opportunity of coronavirus lockdown and went ahead and proposed to his dancer girlfriend Kristin Scott. The Newcastle Knights captain made the announcement of his engagement on his Instagram. Mitch uploaded a photo of him kissing his girlfriend Kristin and captioned the post:

‘My forever. Best moment of my life.’

In the adorable snap, Kristin is showing off to the camera her engagement ring studded with expensive diamonds and estimated to have a cost of $ 40000. Mitch turned 31 just two days back. Kristin also put up the engagement announcement post on her Instagram and wrote below it:

‘Life has just fallen into place,’

‘I cannot wait to be your wife.’

It was in May 2019 that the photo of Kristin Scott first appeared on Mitch’s Instagram account. His Instagram fans had joked at that time that he is batting above his weight.

At around the same dancer, Wollongong dancer Kristin also uploaded on her Instagram a picture of them together and it was after the State of Origin grand final in June 2019. She captioned it:

‘The smiles say it all. What a night!’

Last February, he gave an interview to Daily Telegraph in which he said:

“She’s from Wollongong but has moved to Newcastle. I’m feeling very settled in my life. She’s a beautiful girl and I’m looking forward to sharing our future together. There is stability. We get along great and we’re best friends.

‘It’s only been a year but we’ve spoken about our future together and we’re excited about it.”

The National Rugby League made a recent announcement that the season this year would commence on 28 May.

Friends, colleagues, and fans are happy with the engagement news

His sports colleagues, friends, and fans were happy for him. Underneath his post, they poured in congratulatory notes. South Sydney Rabbitohs player Adam Reynolds commented:

“Very happy for you both.”

And another of his fans wrote:

Mitch has a controversial past and in 2016 had simulated a sex act with a dog. He had said:

He was drunk at that time and his team suspended him for 8 weeks, fined $ 125k, and had to spend one month in a rehab clinic in Thailand.

Click to read on Charlotte Flair won the NXT women’s championship match against Rhea Ripley! Who is she engaged to? 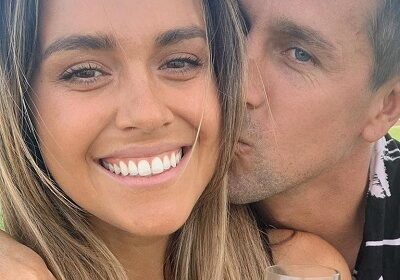