Nyle DiMarco is an American model, actor, and deaf activist. 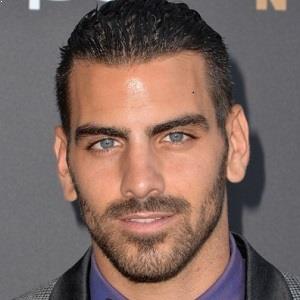 Am I complaining about my deafness? No, I am not

I'm ready to take the world by storm and have them look at me and say, 'Deaf people can dance

We have our own culture, our own community. A lot of people don't realize that. They just assume that deaf people are very unfortunate, very disabled, but no.

Nyle DiMarco is currently in a relationship with Brittany Rose Williams. The pair began dating since July 2009. There is no further information relating to this relationship.

Who is Nyle DiMarco?

Nyle DiMarco is an American model, actor, and deaf activist. He was the second male winner and the first deaf winner of The CW’s ‘America’s Next Top Model Cycle 22’ in 2015. Additionally, he also won n season 22 of the ABC televised dance competition ‘Dancing with the Stars’.

DiMarco was born in Queens, New York City, New York, on May 8, 1989, to parents Neal Thompson and Donna DiMarco. Additionally, he has He has a fraternal twin brother, Nico and an older brother, Neal.

Most of the information relating to his early life and childhood is not available at present. He is of American nationality. Furthermore, he belongs to a mixed ethnic background of Italian (maternal grandfather), English, Scottish, and some German.

Talking about his education, DiMarco attended the Maryland School for the Deaf. Later, he went on to graduate from Gallaudet University in 2013 with a degree in mathematics.

DiMarco initially had a leading role in the independent film ‘In the Can’ in 2013. Additionally, he played the recurring role of Garrett Banducci in ‘Switched at Birth’ on the Freeform network in 2014 and 2015.

He also became the only deaf contestant on the ‘America’s Next Top Model’ history and the second male to win. Furthermore, he signed with Wilhelmina Models in New York City after winning the competition.

DiMarco was announced as one of the celebrities who would compete on season 22 of ‘Dancing with the Stars’ on March 8, 2016. In addition, on May 24, 2016, DiMarco and Murgatroyd were announced as the winners of the season. All in all, he has 4 credits as an actor.

He has appeared in ‘Difficult People’, ‘Beyond Inclusion’, ‘Home & Family’, ‘Access Hollywood’ and ‘Good Morning America’ among others. Furthermore, in 2016, DiMarco started The Nyle DiMarco Foundation. It is a non-profit organization with the purpose of providing more access to resources for deaf children and their families.

DiMarco has not revealed his current salary. However, he has an estimated net worth of around $ 150 thousand at present.

DiMarco became part of a controversy after he criticized Republican nominee Donald Trump after reports surfaced of ableist comments, one directed at deaf actress Marlee Matlin.

Additionally, he also became part of another controversy after he slammed Jamie Foxx for making up sign language. At present, there are no rumors concerning DiMarco’s life and career.

Talking about his body measurement, DiMarco has a height of 6 feet 2 inches (1.88 m). Additionally, he weighs around 77 kg or 170 pounds. Furthermore, his hair color is brown and eye color is blue.