O. J. Simpson is a former NFL running back. He is married to Marguerite L. Whitley and the couple is blessed with three children.

O.J.Simpson married Marguerite L. Whitley on June 24, 1967, at the age of 19. The pair had three children: Arnelle L. Simpson, Jason L. Simpson, and Aaren Lashone Simpson. While still married, he began dating Nicole Brown. Eventually, the divorce was finalized in March 1979. Next, Simpson and Nicole married on February 2, 1985. They have two children from this relationship, Sydney Brooke Simpson and Justin Ryan Simpson. After seven years together, Nicole filed for divorce on February 25, 1992. 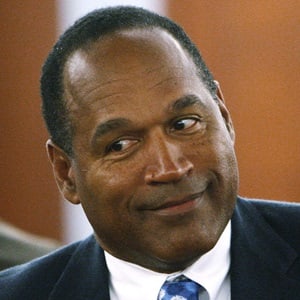 Money takes wings. The only thing that endures is character.

I have always wanted to be liked and respected.

O. J. Simpson is a former NFL running back. He is also a broadcaster, actor, advertising spokesman, and a convicted felon. Furthermore, he was arrested and charged with the murders of his ex-wife Nicole Brown Simpson and her friend Ron Goldman.

Simpson was born in San Francisco, California on July 9, 1947, to parents Eunice and Jimmy Lee Simpson. Throughout most of his childhood years. he grew up in San Francisco. Additionally, he also has one brother, Melvin Leon “Truman” Simpson. In addition, he has one living sister, Shirley Simpson-Baker, and one deceased sister, Carmelita Simpson-Durio. Later, after his parents separated in 1952, he was raised by his single mother. He is of American nationality. Furthermore, he belongs to African-American ethnic background.

Simpson initially rushed for 1,709 yards and 22 touchdowns in the regular season as a senior in 1968. He later signed with the AFL’s Buffalo Bills. In the first three years, he struggled with just 622 yards per season average. In 1972, he rushed for over 1,000 yards for the first time in his career. Additionally, he gained a league-leading total of 1,251 yards. In addition, for each of his next three seasons, he gained more than 1,000 rushing yards. All in all, Simpson, gained 11,236 rushing yards. Furthermore, he became the 2nd player on the NFL’s all-time rushing list when he retired.

After his retirement, Simpson appeared in several television shows and movies like ‘Roots’, ‘The Klansman’, ‘The Towering Inferno’, and ‘The Cassandra Crossing’ among others. Later, Simpson was the centerpiece of what turned out to be the Trial of the Century after Nicole Brown Simpson and Ron Goldman were found stabbed to death on June 12, 1994, and he was a person of interest in their murders. In addition, the jury rendered a controversial verdict of “not guilty” for the two murders. Furthermore, Simpson was arrested later after he led a group of men and entered a room at the Palace Station hotel-casino. The men took sports memorabilia at gunpoint and the incident took place on September 13, 2007. For this, he and his co-defendant were found guilty of all charges on October 3, 2008. After serving 9 years, he was released on October 1, 2017.

Simpson has not revealed his current salary. However, he has an estimated net worth of around $ 3 million at present.

Simpson has not been far from controversies in his career. His murder trials and robbery trial has been the talking point for several people over the years. Additionally, he has been sued several times in his career

Talking about his body measurement, Simpson has a height of 6 feet 1 inch or 185 cm. Additionally, he weighs around 95 kg or 210 lbs. Furthermore, his hair color is black and eye color is dark brown.