Best known for portraying the role of Josh in the television movie Stalked at 17. 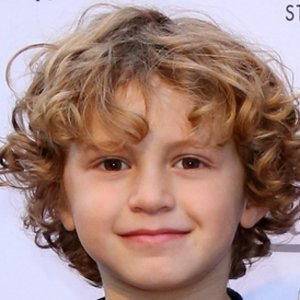 Who is Ocean Maturo?

Ocean Maturo is an American child actor and social media star. He is best known for portraying the role of Josh in the television movie Stalked at 17. He is also known for being the younger brother of Girl Meets World star, August Maturo.

Ocean Maturo was born on August 28, 2011, in Los Angeles, California, USA. His nationality is American, but his ethnicity is North American.

There is no information about his parents. He has an elder brother, August Maturo, and a sister named Michele Maturo. His elder brother is also a child actor. He grew up alongside his brother and his sister Michele. He had an interest in acting since his early childhood age and he wants to become a full-time actor growing up.

Ocean and his brother have started going to school in August 2017.

Ocean began his acting career as a child in 2011. He first appeared on screen in an episode of the first season of the FX horror series American Horror Story. In 2012, he played the character, Josh, in the television movie Stalked at 17. In 2016, he appeared as Young Auggie in an episode of the American TV series Girl Meets World alongside his brother. Besides acting, he is a social media model. He is very active on Instagram and he often posts his pictures on his Instagram account. The young actor and social media star Ocean has over 331,000 Instagram followers.

Ocean Maturo: Salary and Net Worth

His height is 4 feet 8 inches and his body weight is 30 kg. His hair color is dark brown and his eye color is light brown.