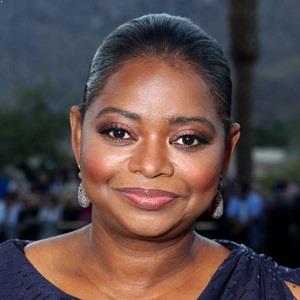 If you go through life and you don't find the beauty in an unexpected place, then you really have a sad existence

Every character I get to play has some element of who I am, but there's no fun in playing yourself. At least, for me, there isn't.

What is the relationship of Octavia Spencer?

Although a famous actress, the personal information regarding the relationship status of Octavia Spencer is not available at the moment.

In her interviews, she has often stated that she made the decisions of not having the children and it is fine if she will not experience the motherhood. She had added that she is dating less now and her partner has to find her.

Who is Octavia Spencer?

Octavia Spencer is an American actress and author who is best known for her roles in successful films like ‘The Help’, ‘Get on Up’, ‘Black or White’, ‘Smashed’, and ‘Snowpiercer’ among other.

She won the Academy Award, Golden Globe, SAG, BAFTA, and Critics’ Choice Movie Award for Best Supporting Actress for the movie ‘The Help’.

She is currently doing a miniseries named Self Made (2020).

Octavia was born in Montgomery, Alabama on May 25, 1970, and is the sixth of seven siblings of her mother, Dellsena Spencer. She belongs to the All-American ethnic background.

Octavia graduated from Jefferson Davis High School in 1988. She studied drama for two years (1988–1989) and received a bachelor’s degree in Liberal Arts from Auburn University.

Octavia Spencer initially worked as a maid and later as an intern on the set of ‘The Long Walk Home’, a film starring Whoopi Goldberg. She moved to Los Angeles on the advice of her friend Tate Taylor in 1997. She made her film debut as a nurse in Joel Schumacher’s ‘A Time to Kill’. Some of her initial works are in movies including ‘Never Been Kissed’, ‘Big Momma’s House’, ‘Bad Santa’, ‘Spider-Man’, ‘Coach Carter’, ‘Win a Date with Tad Hamilton!’ and ‘Pretty Ugly People’.

Octavia has started a children’s book series titled Randi Rhodes Ninja Detective, publishing two books in the series- The Case of the Time-Capsule Bandit (2013) and The Sweetest Heist in History (2015).

Octavia was a part of a recent controversy after she shocked and angered hundreds of fans at a recent book signing. She has not been involved in any other controversies to date and there are no rumors surrounding her.

Additionally, she has a body measurement of 37 – 27 – 35 inches. Her hair color and eye color are black.