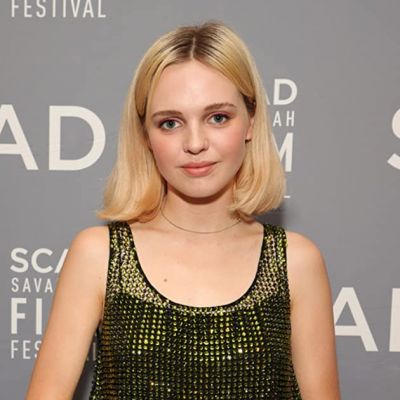 Talking about her relationship details, Odessa Young is possibly single and she might not be dating anyone at the moment. She seems to focus on her career and professional life.

Moreover, Young has been secretive about her relationship details and related news. She has kept her personal profile low-key.

Who is Odessa Young?

Odessa Young is a well-recognized Australian actress and television personality. Young is widely famed for her roles in the 2015 feature films Looking for Grace and The Daughter.

Moreover, she received an AACTA Award for Best Actress in a Leading Role and further accolades for her performance in the web series, High Life in 2017.

Odessa Young was born on 11 January 1998. At present, she is 24 years young star. Likewise, her birthplace is Sydney, New South Wales, Australia.

Odessa is the daughter of her father, Adam Young whereas her mother is Rachel Young. Moreover, she has a sister named Sylvie Young.

Talking about her nationality, Young holds an Australian identity whereas her ethnicity is Caucasian.

Regarding education, the star studied at a performing arts high school in Sydney. Later, she attended Newton High School.

Odessa began her career after debuting at the early age of 11. She featured in the Australian children’s show, My Place. She also performed in television series like Wonderland and Tricky Business ahead of working in the film industry.

Moreover, the star appeared in the film, The Daughter with Geoffrey Rush and Sam Neill in 2015. Young then performed opposite Radha Mitchell in Looking for Grace in the same year. Young was dubbed “Australia’s brightest rising star” by Elle Magazine and she also won Best Actress in a Leading Role at the 2016 AACTA Awards.

In 2017, Odessa portrayed working as Genevieve in the web series High Life and was awarded an International Academy of Web Television Award for Best Lead Actress Drama. She also won Best Actress at the 5th annual Vancouver Web Series Festival in 2018 for her role in the same series.

Freshly, in 2020, Young was cast as a hostess in the HBO Max television series, Tokyo Vice. In the 2020 film Shirley, the actress portrayed the role of Rose. She also participated in Acting for a Cause. Also, she was cast in the British film, Mothering Sunday.

Young has earned a handsome amount of money from her profession. She lives a quality lifestyle along with her family.

It is reported that Odessa Young has an estimated net worth of $1 million as of 2022.

Odessa has never been part of any controversial matter or rumors till now. The star has been preoccupied with her professional and private life.

It seems that Young prefers enjoying her personal life and does not want to merge it with her professional life.

24 years young star, Odessa has beautiful looks and an admirable personality. She stands at a height of 5 feet 5inches. Also, she has a balanced body weight of 50 kg.

Furthermore, Young has green eyes whereas her hair is blonde.

Regarding her social media presence, Odessa Young is not a playful personality on social media. Odessa has no official Instagram, Facebook, or Twitter accounts at the moment.

It seems the star does not prefer sharing her personal life on social media.